"I love opening peoples' eyes to wines that are traditional yet somehow still unknown," declares Jeremy Quinn, sommelier of Telegraph in Chicago. 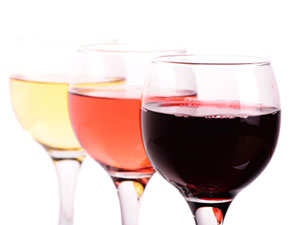 He has plenty of opportunity when executive chef Johnny Anderes is in his element in the Telegraph kitchen.

"His food pairs extremely well with Austrian and German white wines because of their body and acid and the tendency of the Germans to have a touch of sweetness," says Quinn. Among reds, likely choices may be found in Spain's Galicia and northern Rioja, France's Beaujolais and Italy's Piedmont. In the latter region, wines made from grapes such as freisa, dolcetto and barbera are more successful than the more famous nebbiolo-based Barolo and Barbaresco.

To drink with Anderes' simple, earthy Octopus Salad with butterball potatoes, roasted garlic and lemon, Quinn suggests the 2011 Wieninger Gemischter Satz, a medium-bodied, traditional field blend made near Vienna. "It gives you a really complex array of aromatics and different forms of acid competing with each other," says Quinn. "It makes a brilliant pair with that dish."

Or try 2012 Maxime-François Laurent Il Fait Trés Soif Côtes-du-Rhône from France. "It is a really sapid, savory rosé that is Grenache based," says Quinn. "The wine has a bit of toasted bacon richness that emphasizes the oceanic character of the octopus."