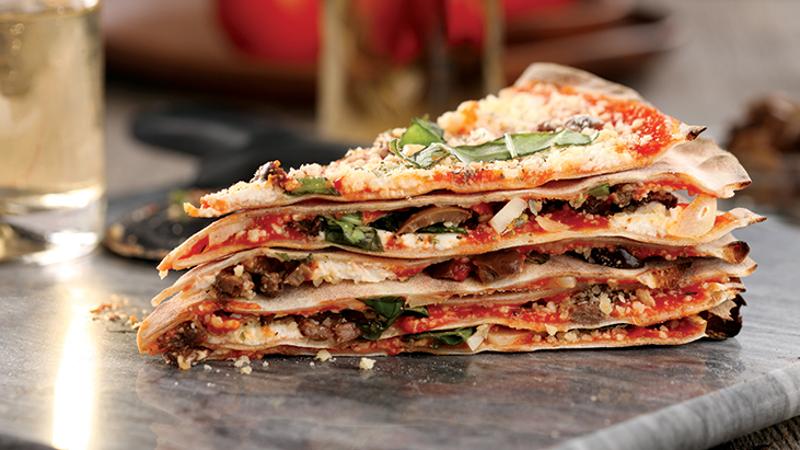 Although these operations have proven formulas for success, all are fairly similar on the surface. They offer assembly-line ordering, a wide choice of toppings and super-hot ovens for speedy service.

Two emerging fast-casual players are betting on something a little different. Their position: Tapping into the legacy of mom-and-pop pizzerias, updating old-world flavors and formats and focusing on the experience along with speed and customization.

The “&” in Washington, D.C.-based &pizza stands for connection. The concept patterns itself after a neighborhood-style pizza shop, tying its 13 locations together through store design, use of local ingredients and support of community charities, says CEO Michael Lastoria. At Technomic’s Restaurant Trends & Directions conference in June, Technomic EVP Darren Tristano said “serving the community is as important as serving food to today’s growth concepts.”

&pizza’s menu also tries to reimagine the pizza experience. For one, the pies are shaped into ovals instead of rounds or rectangles. Guests can choose traditional or gluten-free dough, but there’s also a proprietary ancient-grains crust, which now accounts for about 40 percent of orders, says Lastoria. The builds also take a detour from the norm. Guests can choose a spread such as red chickpea puree or tomato-olive pesto instead of sauce. At the end of the line are “finishes”—some cheffy, including fig Marsala and pickled red onions—which go on after the pizza is baked.

Lastoria says that most &pizza guests order a signature pie ($10) on the first visit; by the fifth visit, they are creating their own signatures. Like others in the market, pies are baked in two minutes. But instead of the fire-powered stone ovens found at a lot of fast-casual chains, &pizza uses a conveyor oven for consistency. “As we grow, we plan to reinvest in the product and our communities,” he says.

A crust the same thickness as a tortilla is the platform for Brooklyn, N.Y.-based Posh Tomato’s pizza. Co-founder Morris Sarway first sampled this style in Europe and convinced the shop owner to sell him the recipe. He and his brothers, partners in the fast casual, are banking on the pizza’s uniqueness to expand Posh Tomato from its current four locations.

“A typical 12-inch pizza uses a four-ounce ball of dough,” says Sarway. “We stretch a 3.17-ounce ball on a vertical sheeter into a 12-inch flat.” This is done in front of the customer, adding to the experience, he says. Then, patrons can customize a pie from a choice of 35 toppings.

Similarly, Posh Tomato skips the open-flame stone-deck ovens seen in other trendy chains. Its pizzas bake in three minutes in electric ovens, which cost less and are easier to install; this lowers the investment for franchisees, Sarway says. A commissary supplies the dough and sauce. “We want the business to run simply with a low margin of error,” he says. “All you have to do is turn on the oven.”