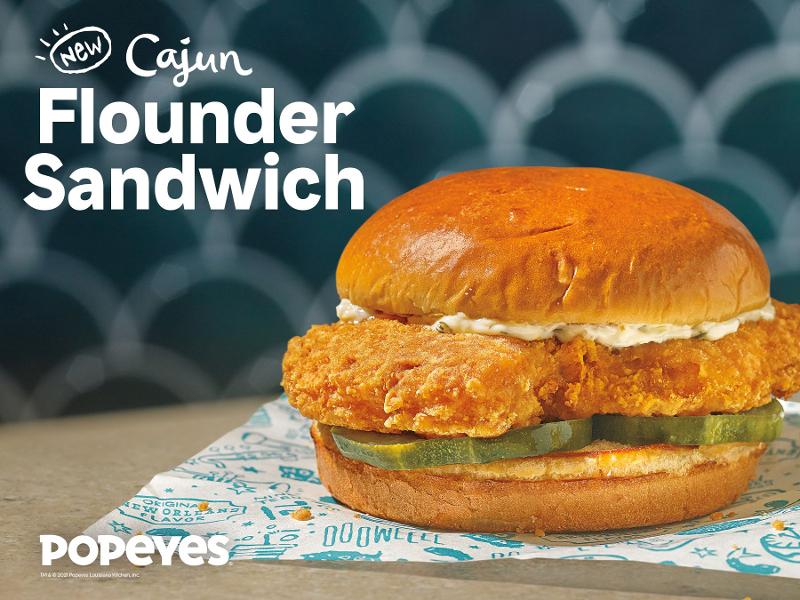 The Miami-based chicken chain on Thursday will start selling a Cajun Flounder Sandwich at $4.49, giving it an option for seafood consumers heading into the seven-week Lent season.

But that’s not the only thing the chain is working on. The company this week confirmed reports that the company has started testing chicken nuggets as an entrée in a handful of markets—reports indicated that the nuggets, which haven’t been available since 2012, have been spotted in Arkansas, Ohio, Connecticut and Texas.

The new fish sandwich and the nuggets test show that the chain is continuing to push hard on boneless offerings following the success of its chicken sandwich more than a year ago. The efforts also come as several competitors bolstered their own chicken sandwich offerings in a bid to compete more directly with Popeyes.

There are some indications that the chain’s amazing sales run that began in late 2019 and continued even as the pandemic closed dining rooms is beginning to fade—franchisee Carrols Restaurant Group, which operates 65 Popeyes units to go along with more than 1,000 Burger Kings, said its same-store sales at Popeyes locations were down 13% in the last three months of the year, driven by tough comparisons.

The Cajun Flounder sandwich is seasoned with Cajun seasoning and fried and served on the same brioche bun with the cured pickles used for the chicken sandwich, along with Popeyes’ tartar sauce. “After seeing the response to our chicken sandwich in 2019, we are excited to deliver yet another delicious sandwich to our fans that is sure to reset industry standards,” Popeyes President Sami Siddiqui said in a statement.

Customers will be able to add a Cajun Flounder Sandwich on Thursday for 10 cents when they order through the Popeyes app.