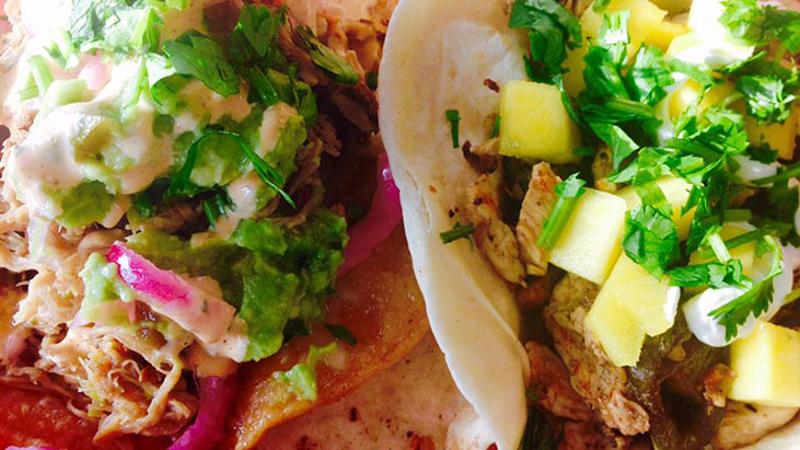 Chefs are powering the next wave of fast casuals, a trend that was reinforced by four leaders of the segment during a panel at the CIA’s 2016 Worlds of Flavor conference. Nate Weir of Modern Market, Gerard Craft of Porano Pasta, Michael Rypka of Torchy’s Tacos and Jason Kupper of Heritage Eats—all chefs with fine-dining pedigrees—discussed how they are moving the needle in their fast-casual concepts.

What R&D challenges do you face in translating fine dining to fast casual?

“I can’t always get the clean, wholesome ingredients I want in the volume I need,” said Weir, who is the culinary director for 18 Modern Markets. “So I look at what I have and create from there, making sure a menu item can be executed consistently across all locations.” For example, the kale in a lunch salad goes into a kale-and-sausage scramble for breakfast. Weir also experiments with multiple uses for the equipment he has—like where to go beyond pizza with the woodburning ovens in each unit, for instance. Roasted vegetables and toasted sandwiches are two ideas he’s pursuing.

For Craft, the R&D process never starts with the thought “I’m cooking for the masses,” he said, and he doesn’t hesitate to introduce unusual ingredients as long as he pairs them with familiar components in a dish.

How do you deliver fine-dining quality without blowing your food costs?

Food costs at Porano Pasta were coming in as high as 46 percent for some items a couple of months ago. "I didn't want to cut quality, but I had to figure out how to utilize certain ingredients in a different way," said Craft. Traditionally, he braised pork shoulders with other ingredients for his signature Smoky Sunday Sugo, and menued the sauce with pieces of meat. "I discovered that the sauce had great smoky flavor and body without the meat, so I now serve it that way and use the smoked pork in other applications," he said, significantly lowering food costs.

How important is local sourcing to your concept?

“Local doesn’t matter as much as telling your story,” Weir believes. Modern Market’s story focuses on transparency and seasonality. He changes up the menu by rotating seasonal produce into each category—a move that also helps control food costs. Lettuce is shipped from California, but Weir is able to source products like coffee, sausage, bacon and even kombucha locally in almost every market he’s in.

While Heritage Eats’ location and single unit allows it to tell a local sourcing story, “We’re too high-volume to be farm-to-table, so we focus on freshness,” said Rypka. “Plus we don’t want to commit to a sourcing story if we have to change our suppliers.” He cited having to switch from pasture-raised eggs to cage-free eggs because his vendor was no longer able to scale to Torchy’s volume.

What is the key to creating a successful chef-driven fast-casual menu?

Keep it simple, agreed the panelists. Craft’s pasta concept has a mix-and-match format; customers choose a pasta or grain base, a sauce, a protein or vegetable and toppings—a limited number of chef-prepared, quality ingredients. There’s pressure to increase SKUs, but it’s better to pay attention to fewer and add specials to broaden the menu, added the group. “At Modern Market, I spend 30 percent of my time developing new products, but 70 percent improving on existing items,” explained Weir. “And that usually means simplifying recipes.”