Chipotle Mexican Grill launched its latest iteration of queso blanco systemwide last Thursday, prompting Moe’s Southwest Grill to retaliate with a two-day giveaway of its own version—a fan favorite and menu staple for two decades. To get the freebie, available with any purchase nationwide, customers had to download the Moe’s app and enter the code “BestQueso.” Nearly 4,000 people took advantage of the free queso offer on Thursday and Friday, and Moe’s app downloads increased by 38%, a spokesperson told Restaurant Business.

“When we heard there would be yet another try at a new queso recipe on the market, we decided to remind our loyal customers and those who remain undecided what the gold standard of queso is all about,” said Erik Hess, president of Moe’s Southwest Grill.

Chipotle’s new white queso has a base of Monterey Jack cheese instead of cheddar and was revamped to be smoother and creamier in texture. The chain’s initial queso recipe was panned for being grainy with a tendency to congeal. 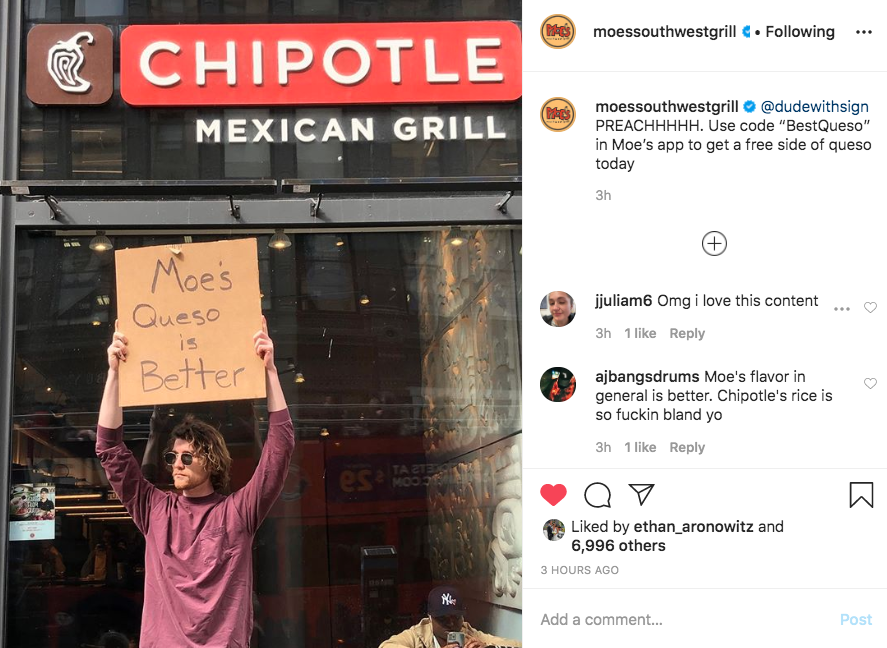