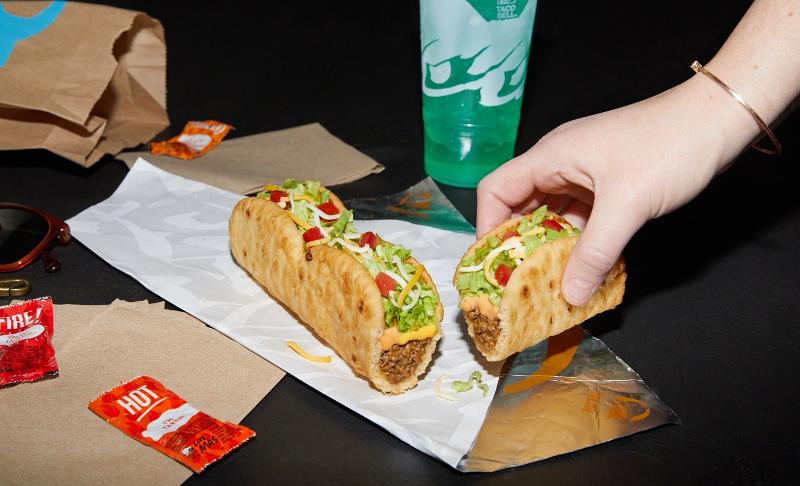 Big fast-food chains are going big, at least with their menus.

Taco Bell introduced “the longest shell in Taco Bell history,” called the Triplelupa, a combination of three mini Chalupas that is designed to be torn apart and shared.

The Triplelupa starts at $3.49 and features different flavors in each portion: nacho cheese on one end and chipotle on the other, with a combination of the two, cheesy chipotle, in the middle.

The Triplelupa will be available starting Thursday. 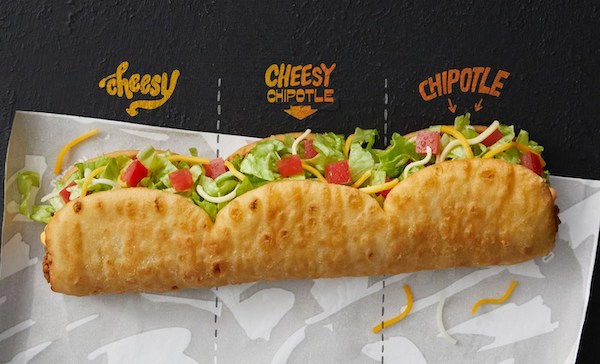 Meanwhile, sister company Pizza Hut is releasing its own big menu item, bringing back its Big Dipper Pizza that features up to 24 pieces plus four dipping sauces, including marinara, ranch and honey barbecue. The pizza is priced at $12.99 and is available in cheese, pepperoni or half and half.

For Pizza Hut, the Big Dipper represents the return of a popular product just in time for the NCAA men’s basketball tournament—of which the Plano, Texas-based chain is a sponsor.

The company also provided some basketball references to provide an idea of how long the pizza is: Just 3.5 of the pizzas standing on end are the height of the average men’s college basketball player, for instance. 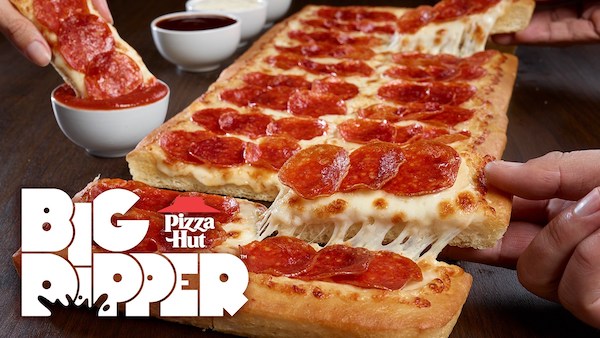 As for McDonald’s, its four-patty Double Big Mac is an evolution of a product that was first introduced in 2017 called the Grand Mac. The previous iteration featured two sixth-pound patties on a larger double-decker bun for which the Big Mac is most known.

By keeping the regular Big Mac bun but giving it four tenth-pound patties, the company can keep the larger Big Mac that was popular when it was introduced but was complicated for the chain’s franchisees. 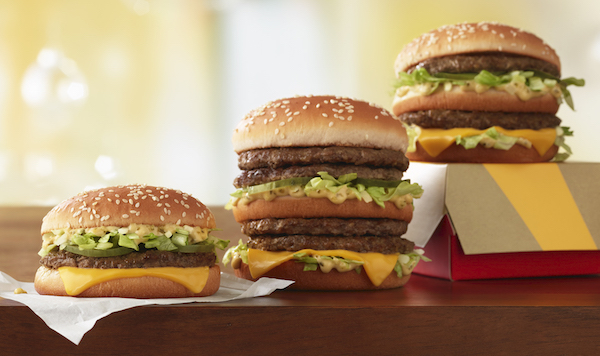