Coffee chains are eager to get fall started this year.

Starbucks is adding a new cold pumpkin beverage to its highly anticipated, pumpkin-centric fall lineup, which will appear in U.S. locations Tuesday, one week earlier than normal.

The drink is made with Starbucks’ cold-brew coffee, vanilla and pumpkin-cream cold foam made with real pumpkin and finished with pumpkin spice topping. It’s part of a fall lineup that features the Salted Caramel Mocha, Pumpkin Cream Cheese Muffin, Pumpkin Scone, and Pumpkin Spice Madeleine cakes.

Autumn has become an important battleground in the coffee business in recent years, and chains appear eager to get their items in front of customers earlier than ever.

While Starbucks’ fall lineup starts this week, rival Dunkin’ has had its pumpkin products on the menu for days. 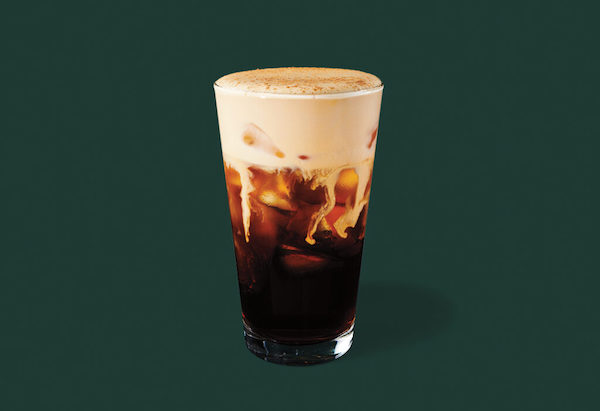 That lineup features pumpkin-flavored coffees and pumpkin K-Cup pods, as well as new products such as a Cinnamon Sugar Pumpkin Signature Latte.

Starbucks helped intensify the annual pumpkin spice craze 16 years ago with the introduction of the PSL.

Since then, the Seattle-based coffee giant has sold more than 424 million Pumpkin Spice Lattes and helped make pumpkin spice-flavored beverages something of a must-have for coffee chains and beverage makers every year.

The popularity of pumpkin-flavored products has soared in recent years. Sales of pumpkin items increased 15.5% last year, according to Nielsen. That even spurred food maker Hormel to introduce Pumpkin Spice Spam.

For coffee chains, of course, it’s good to get customers in the mood for fall, when the weather is cooler and warmer beverages sell better. But the addition of a cold-brew version shows where Starbucks is currently focused, at least in the U.S.

Starbucks has focused much of its innovation recently on cold drinks that play better during warmer weather, and so far, it appears to be working.

The company has been expanding its Nitro Cold Brew coffee in the U.S. this year, adding new equipment in its restaurants to make the drink. The beverage helped the chain generate 7% same-store sales growth in the U.S. last quarter, its best performance in years.

“With customer excitement for PSL sweeping the nation each fall, we wanted to create a new beverage that combines two of our customers’ favorite things: pumpkin spices and cold brew,” said Matthew Thornton, from Starbucks beverage research and development team, in a statement.