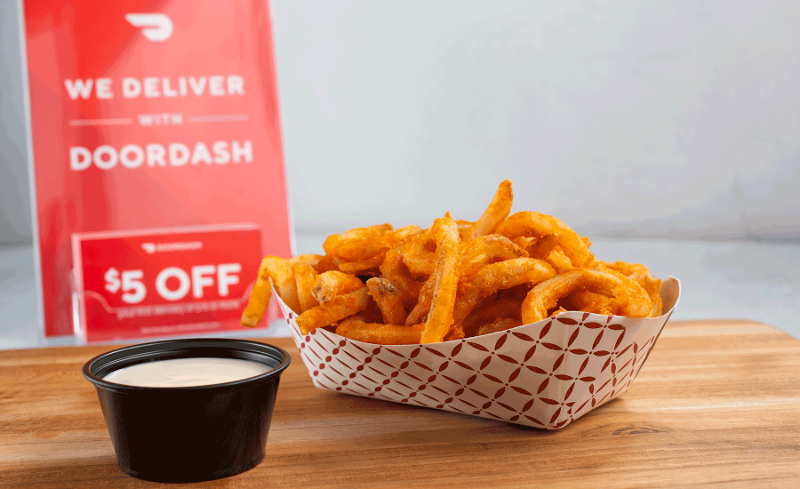 The stress surrounding this year’s presidential election reached its peak on election night and continued throughout the week. And Americans reacted by ordering up comforting foods to calm their nerves, according to data from DoorDash.

The third-party delivery company tracked the most popular items its customers ordered from restaurants on Nov. 3. Traditional comfort foods such as chicken noodle soup, fried chicken sandwiches and mac ‘n cheese landed in the top 20, as did munchies like nachos, french fries and mozzarella sticks. But a number of results-watchers went all out and binged on ice cream sundaes, milkshakes and other sweets.

The majority of consumers fed their feelings with familiar favorites. Coming in at the No. 1 spot were french fries, followed by chicken fingers, cheeseburgers, quesadillas and fried chicken sandwiches. But then the orders started trending toward more indulgent choices, such as cinnamon rolls (No. 8), apple pie (No. 9), chocolate milkshakes (No. 11) and hot fudge sundaes (No. 13).

DoorDash also compared election night orders from those on the previous Tuesday to see how customers’ cravings changed. Evidently, a good number of Americans needed an energy boost to deal with the results; there was a 162% increase in orders of a blue performance drink. Pizza also saw a surge, with margherita flatbread increasing 825% and cheese pizza up 80%. Italian beef sandwiches and country fried turkey also jumped in popularity—120% and 108% respectively.