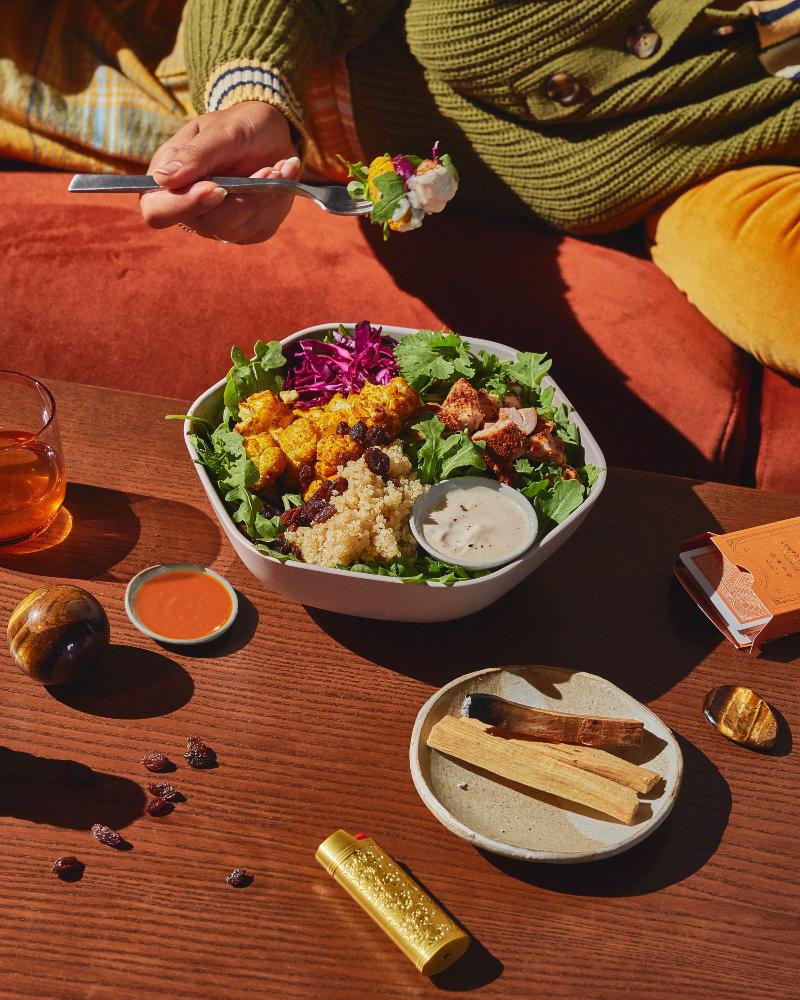 Cauliflower is king on Sweetgreen’s fall menu, which launched Thursday.

The fast casual is debuting a new side dish featuring the cruciferous vegetable, as well as a Curry Cauliflower bowl.

New to the menu is Sweetgreen’s “plant-forward take on chicken wings,” with Buffalo-spiced cauliflower paired with Caesar dressing, hot sauce and crispy rice to impart a crunchy texture in the Buffalo Cauliflower Side dish.

Cauliflower has been in high demand on menus nationwide. In January, Chipotle Mexican Grill launched Cilantro-Lime Cauliflower Rice as a limited-time item.

In June, Sweetgreen confidentially submitted initial plans to go public with federal regulators. The chain’s IPO had been long-rumored. Sweetgreen has yet to release any further updates to its IPO plans.

Acquiring the Boston-based two-unit restaurant and its automation technology will “allow Sweetgreen to reimagine healthy fast food with even better quality, consistency and efficiency,” the Los Angeles-based chain said in a statement at the time.