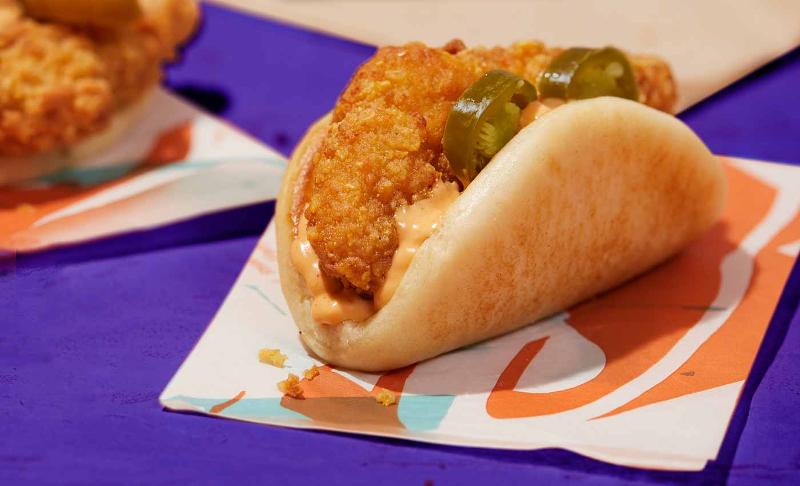 Taco Bell said on Thursday that it is taking its Crispy Chicken Sandwich Taco national starting next week and has enlisted a pair of college debate teams to help market the idea.

The Irvine, Calif.-based chain said that its entry into the “chicken sandwich wars” was successful in earlier tests in Charlotte and Nashville.

The company is also employing the debate teams from the University of Georgia and Clemson University, who will debate whether the taco is indeed a taco or whether it is a sandwich. “The Great Crispy Chicken Sandwich Taco Debate” will air on Saturday, Sept. 4, during a prime-time football game between Georgia and Clemson on ABC.

The Crispy Chicken Sandwich Taco features chicken marinated in jalapeno buttermilk, seasoned with spices and rolled in a tortilla chip coating. It is served on flatbread shaped like a taco and flavored with creamy chipotle sauce. It also features a spicy version that comes with jalapeno slices. The taco is priced at $2.49 or two for $4.49. It also comes in a Crispy Chicken Sandwich Box with a 5-Layer Burrito, Crunchy Taco and medium drink for $5.49.

“Even the masterminds from our test kitchen couldn’t decide if it was more taco or sandwich, which is why we’re excited to bring in the debate team experts to have some fun,” Liz Matthews, Taco Bell’s global chief food innovation officer, said in a statement.

Taco Bell is joining a lengthy list of chains that have added or upgraded their chicken sandwiches in recent years, following the success of Popeyes new chicken sandwich in 2019. Those companies to introduce one include KFC, Taco Bell’s sister company, along with McDonald’s and Burger King. Yet Taco Bell is the first big Mexican chain to jump into the fray.