It’s been done with hamburgers, with cocktails, with Mexican QSR. Take a familiar concept, one with a degree of built-in familiarity and consumer acceptance, and differentiate it—around the ingredients, the menu, the presentation, the service model. Make it unique and craveable, make it stand out from the competition; just don’t make it so strange that customers don’t know what to make of it. 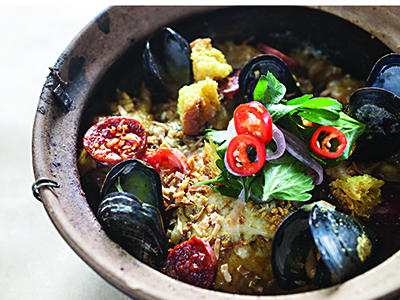 “Companies like Chipotle and Starbucks proved how much could be done with familiar concepts,” says Danny Bendas of Synergy Restaurant Consultants, which has provided crucial direction in such hot new concepts as LYFE Kitchen and T.G.I. Friday’s open-kitchen redesign. “They started with really different takes on things that consumers already knew they liked and wanted.”

As much as the restaurant business has already changed around innovation, there are still more categories to explore. Here are our picks for the leading edge of differentiation:

For more than 100 years, the diner has been a restaurant archetype, offering something for everybody and breakfast at any hour. Diners have also been much maligned as the kind of places that serve an improbably huge menu of frozen and microwaved food to truckers, the clueless and the perennially unhip.

What was once a back-road, highly regionalized style of cooking has become the ultimate artisanal American fusion food.

The words “Asian fusion” might have a nasty, all-over-the-block ring to them thanks to some misguided experiments in the ’90s and early aughts, but this generation is different. Multi-culti versus willy-nilly, these Asian-infused concepts combine authenticity and invention, with a good dose of contemporary amenities like ambitious cocktails, wine and beer, and approachable desserts.

It’s not surprising that the appetite for housemade smoked and cured meats, gourmet pickles and better bread—not to mention the obsession with handcrafted sandwiches—would lead to a reinterpretation of the classic sandwich emporium.

Among the second-wave of Asian cuisines, including Thai, Indian and Vietnamese, Korean food has been one of the last to fall. Thanks to Korean-American chefs like David Chang of Momofuku and the aforementioned Roy Choi, traditional products like kimchi and mashups like Korean tacos have opened the field.