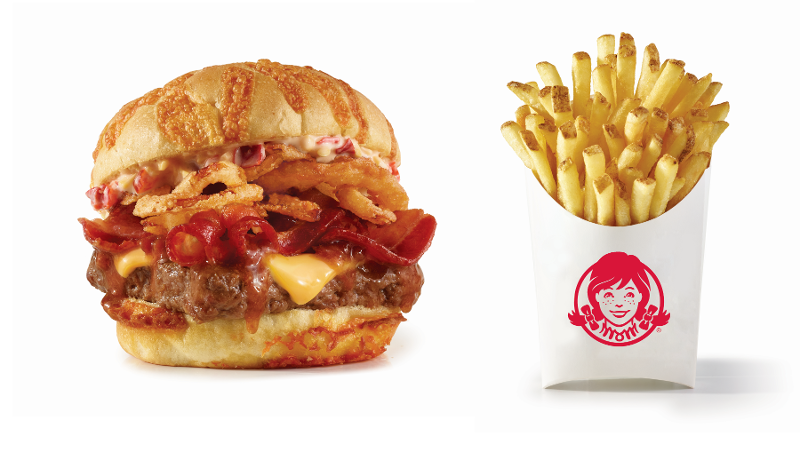 Wendy’s is changing its recipe for french fries again.

The burger chain, which last introduced a new fry just more than a decade ago, said on Thursday that it plans to release a new version of its fries next month that it promises will be crispier for longer—a key feature in an era in which a growing number of orders are delivered.

The company told a group of reporters about the new fries on Thursday at the same time that it revealed the next product in its lineup of “pub-style” burgers for its “Made-to-Crave” menu: A Big Bacon Cheddar Cheeseburger that features a bacon sauce, bacon, crispy onions, American cheese and cheddar cheese sauce.

Both the upgraded fries and the pub burger represent Wendy’s continued push to upgrade its menu, generally considered more premium than other burger concepts.

Premium items are increasingly important in the industry at the moment. Consumers have shifted their spending away from value and toward higher-end items that can get attention. Wendy’s Made-to-Crave menu has helped establish the company’s higher-end bona-fides. The company anchored the menu with a Pretzel Bacon Pub Cheeseburger and followed that up with another bacon cheeseburger featuring bourbon.

It’s also unsurprising that Wendy’s newest burger features bacon. The Baconator remains one of its most popular items and the company has enjoyed consistent success by adding some pork to its beef burgers. “We own bacon,” Li said.

Fries are also vital. They are the most ordered item at the chain. It’s also the item that elicits the most concern as consumers shift more of their orders to delivery—where an order can wait 15 minutes or longer before it gets to the customer. Fries have traditionally poor holding times, which can hurt quality perception.

Wendy’s, however, promises that the fries will last longer. The company says the fries are skin on and lightly coated in a batter that will make them crispier and help retain that crispiness. “We had to make sure that our fries stood up to the delivery experience, so they have the same fry texture and crispiness,” said Emily Kessler, senior specialist of culinary and innovation for the chain.

The company plans to introduce the fries across the U.S. by the middle of next month and then into Canada and the rest of the world.

The process of developing the new fries took more than two years. There are various operations and other elements for the company to consider, as well as what customers want. At Wendy’s, Kessler said, customers want skin-on fries. And it needs to hold up to the Frosty. Many of the chain’s customers dip their fries into the dessert.

“They want to be able to dip that fry,” Kessler said. “These fries hold up even better for that dipping experience.”