Judging by the frequent posts on the blog titled “... And now it’s a fucking fro-yo place” (which tracks the outbreak of frozen yogurt concepts in and around New York City), the treat segment is going strong. “It was a burger shop ... and now it’s a fucking fro-yo place. It was a doggy daycare ... It was a moving company ...” It’s an invasive species of the sweetest kind. One repeat offender targeted by the website is 16 Handles, with 27 locations in the state of New York and 45 nationwide. The six-year-old operation enjoys the No. 15 spot on this year’s Future 50, our annual ranking of the fastest-growing small restaurant concepts in America with revenues between $25 million and $50 million, compiled exclusively for Restaurant Business by Chicago research firm Technomic. 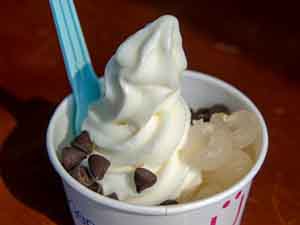 One happy side effect of the ranking is that it acts as a weather vane for reading the foodservice tradewinds. Five Guys Burgers & Fries took the top spot in our first-ever Future 50 ranking in 2006 at the flashpoint of the better-burger movement. In 2010, Menchie’s No. 1 showing kicked off an Ice Age during which frozen yogurt concepts would nab the top spot in three out of the next four years. In that first year, three fro-yo chains appeared in the Top 10, leading Restaurant Business to declare it the “Year of the Yogurt.” It was followed by No. 1 showings for Orange Leaf Frozen Yogurt in 2012 and sweetFrog in 2013. This year, however, 16 Handles is the lone yogurt concept on the list, and its 38 percent year-over-year sales growth is much chillier than the triple-digit percentage gains that marked the previous fro-yo showings.

So what happened? A drive past any strip mall or stroll through any food court confirms that fro-yo concepts still dominate. Menchie’s, which had 32 units in 2010, has 400 today in the U.S. and 26 other countries and more than $188 million in revenues. In January 2014, it was named one of “America’s Most Promising Companies” by Forbes. The 2012 winner, Orange Leaf, now has more than 300 units and in May announced plans to expand to China. According to IBISWorld, frozen yogurt stores were expected to enjoy 22.6 percent sales growth in 2013 to $1.5 billion. The emerging segment has fully emerged.

In fact, signs indicate that frozen yogurt has reached its cold, swirly peak. Consolidation is weeding out some of the competition: In January, Henderson, Nev.-based U-Swirl continued its binge by gobbling up CherryBerry—its sixth takeover of a fro-yo competitor in two years. As IBISWorld analyst Andy Brennan said in a press release, “Profit margins will come under increasing pressure over the next five years, as industry competition intensifies and the larger chains increase their store counts.” IBISWorld predicts that while consumers’ healthier habits will continue to drive growth in the segment over the next half a decade, it will grow at a slower rate than the previous five years as it becomes even more saturated.

When it comes to satisfying consumers’ healthy cravings, frozen yogurt no longer is the only game in town. At least 15 of this year’s Future 50 chains tout health in their taglines or mission statements—not to mention those that boast “quality” ingredients or gluten-free options. In a take-share market, it may be more evidence that fro-yo will have to step aside to allow new kinds of healthy concepts to come in. Judging from that blog at the top of this column, it won’t do so without a fight, essentially daring competitors to pry customers from its cold, dying  hands.