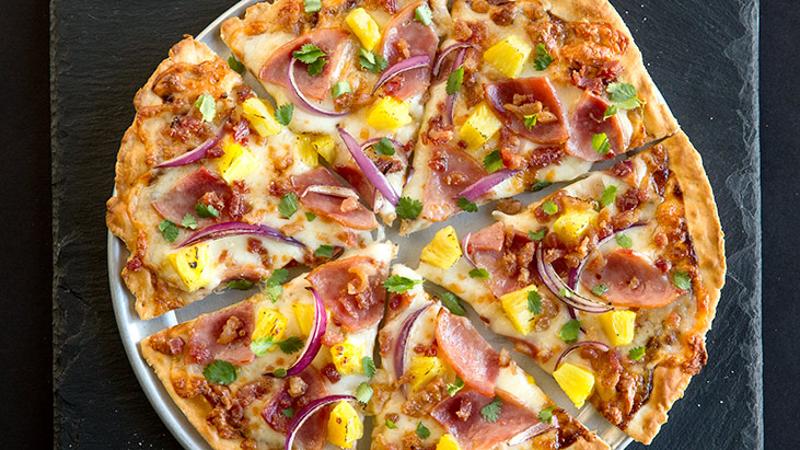 On the surface, Pie Five Pizza Co. looks like another fast-casual concept where customized, personal pizzas are baked in less than five minutes. Customers are greeted with sleek decor and messaging laden with pizza puns such as “Join our pie-hard fans.” There is a small menu of signature pizzas, or patrons can create their own, choosing ingredients as they move down the serving line.

However, regional variety, a popular loyalty program and an executive team highly experienced in pizza are helping Pie Five distance itself from the pizza pack, which includes brands such as Pieology, Blaze and MOD.

And then there is the growth. Low build-out, food and labor costs are fueling Pie Five’s expansion. Unit counts from 2014 to 2015 rocketed 165% to 82 stores—Pie Five now has 85 locations and franchise deals on the books for another 450. Sales in 2015 grew 151%, to $40 million. Randy Gier, CEO of Pie Five’s parent company Rave Restaurant Group, anticipates Pie Five will continue to grow at 50 stores a year. “Our mandate is to grow as fast as we can, as well as we can,” says Gier, the former chief marketing officer for Pizza Hut who came aboard in 2012 when it was known as Pizza Inn Holdings.

The corporate name was changed to Rave in 2015 to reflect a future where it will manage additional restaurant concepts. Rave owns and franchises the five-year-old Pie Five brand as well as 58-year-old buffet-style chain, Pizza Inn, which has over 200 stores in small towns and rural communities.

Both concepts enjoyed sales increases over consecutive quarters in 2015—with Pie Five’s triple-digit growth percentage catapulting it to the top of the Future 50 list.

But in Rave’s quarterly earnings report released in May, same-store sales were down 4% for Pie Five compared to the previous year’s quarter, due to economic headwinds facing the industry, Gier says. “The industry has now reported two consecutive months of negative year-over-year growth,” he says. “This is fueling concerns that there is softness in the restaurant industry as a whole.” While the National Restaurant Association’s outlook isn’t quite as grave, its chief economist, Bruce Grindy, notes some softening in restaurant sales in recent months.

The rapid growth of Pie Five has created some synergy with its sister brand, even though they appeal to different demographics, says Gier. “Pie Five is the highest growth vehicle, while Pizza Inn is the flagship with a 50-plus year history,” he says. And, he adds, benefits from Pie Five—such as improved food costs—have resulted in better performances for Pizza Inn, leading its franchisees to invest in the brand again.

Increased food volume from Pie Five’s growth allows for better deals with suppliers and better ingredients for both concepts, says Gier. “We are able to leverage the purchasing power of Pizza Inn,” he says.

Besides its signature and customizable pizza offerings, Pie Five created regional pizzas, such as the Windy City Works (available only in Chicago) topped with Italian beef and giardiniera relish. Kansas City, Mo., and St. Louis also have exclusive regional pies. “It is a good strategy,” says Technomic President Darren Tristano. “Catering to local preferences can accelerate the local acceptance and drive loyalty to a concept faster.”

Other menu additions that have helped sales: dairy-free cheese and limited-time offers like shrimp scampi pizza.

An eye for pie

Pie Five’s leadership was a major factor in choosing to become a franchisee, says former Applebee’s CEO Dave Goebel, who opened a Kansas City, Kan.-area Pie Five location in 2013 with his two sons. They recently opened their 10th unit and have an agreement to do up to 10 more.

“I was really impressed with Randy and his team,” Goebel says. “They are unbelievably accessible and listening with big ears. Not only do we have the capital risk, but we’re also on the ground every day with our guests, and [the team] wants to hear what we are hearing.”

New franchisees also get a boost from Pie Five’s customer loyalty program with more than 600,000 members, which the brand taps to get the word out about new openings. “They [also] become a sounding board for new ingredients,” says Christina Coy, Pie Five’s VP of marketing.

Also under consideration are drive-thru restaurants. “With our oven technology and speed, we already have a distinct advantage over other pizza brands in the fast-casual segment,” Gier says.

In addition, some units are using third-party delivery drivers such as Uber or Postmates for orders; others are experimenting with beer taps, but Gier declined to provide more detail.