Still not seeing the potential of this whole social media thing? Then consider the buzz blitz Genghis Grill waged—for a song—to position its Mongolian barbecue as a healthy option. 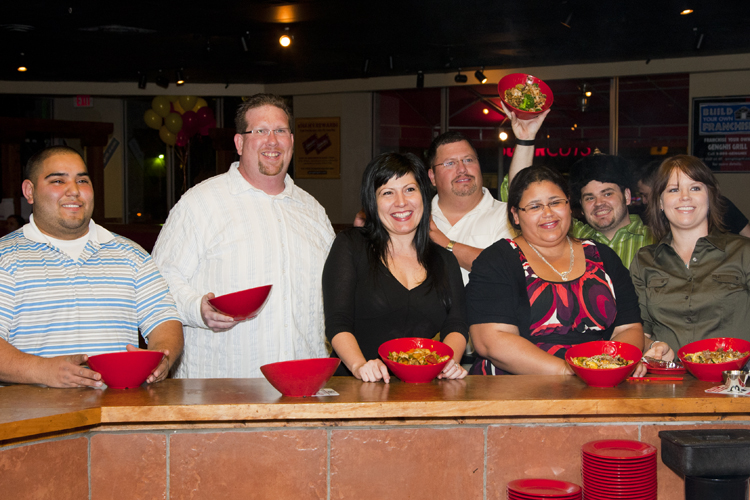 Consumer research convinced the 59-unit chain that customers were striving to live more healthfully. How could it prove in a unique way that Mongolian barbecue, where patrons fill a bowl with ingredients that a cook stir-fries on a flattop grill, would help them in that quest?

It hit on the notion of turning a customer from each store into an apostle for the cause. Patrons were invited to participate in a Health Kwest, where a select few would be given a free meal every day for three months, provided they recount their experiences via Twitter, Facebook and a blog. Whoever seemed to boost his or her health the most would win a $10,000 pay-out.

They’d even get an exercise regimen written for them by a Dallas-area hospital that Genghis Grill retained as a partner. Dietary recommendations would also be provided, along with feedback on the progress of each “khantestant” in living more healthfully.

About 700 customers applied. Genghis chose the ones who in part seemed as if they’d be the most active in social media, explained chief digital brand officer Paul Barron.

“We had people from all walks of life—moms, business execs, teachers, real estate professionals,” he says.

Three contestants dropped out. The other 56 ate their gratis daily meal for 90 straight days, often detailing via Facebook and Twitter what they’d put in their bowls.

They also provided a running commentary via the blog on weight loss, blood pressure readings, how they were thwarting diabetes, and health and happiness in general.

Included were “Khanfessional” videos like the one from contestant Vicky Hallenback, posted just as the contest was ending on May 8. She laments in song that Health Kwest had cost her a dear love. Then she pulls a photo of Ronald McDonald from her dress. A clown shoe follows.

Visitors to the blog page are invited to vote for whom they’d like to see get the $10,000 prize. The voting will be the major influence, but Genghis will make the final choice, says Barron. The winner had yet to be announced at the time of this posting.

Meanwhile, the chain has tabulated the marketing metrics. Genghis drew 41,000 visits to the Health Kwest blog, which sports 1,800 posts. An e-mail marketing list grew by 5,000 addresses, and Facebook impressions for the three-month stretch topped 1 million, according to Barron. Included were 7,800 wall comments during the first 60 days of the Kwest.

Overall, he says, Genghis’ web traffic was up 54%.

He declined to say how much the Kwest cost, noting that most of the promotion was done in-store, with the exception of some commercials that ran on cable. “The budget was pretty small,” he says.

“Because of the use of social media, it wasn’t the typical media buy,” he explains. “It was considerably lower.”

Barron says the campaign is continuing to pay dividends. For instance, “It’s really given us new insight into our fans and eating better.” That intelligence could factor into menu changes, he says.

“It showed us what we need to do as a brand to foster engagement,” Barron says.