I just returned from a three-day immersion in non-commercial food service, attending the MenuDirections conference sponsored by Restaurant Business’ sister publication, FoodService Director magazine. The gathering brings together the folks who create dining programs for colleges, health care, corporate venues and other onsite operations. Although restaurant chefs get much of the credit for setting trends, this was an impressively creative crowd. In fact, the commercial side could learn a bit from the chefs who presented at the culinary workshops, general sessions and culinary competition. I certainly did. 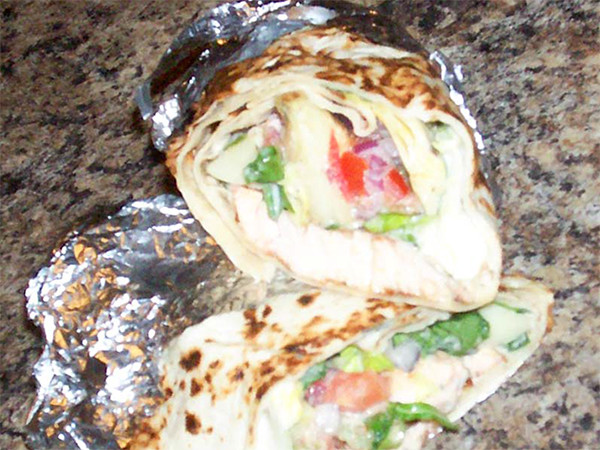 How do you get the soup inside a soup dumpling? Chef Andrew Hunter, president of Culinary Craft, revealed the secret to making this classic Shanghai comfort food during his presentation at the Hot Asian Flavors workshop. The dumpling makers insert a disc of seasoned gelatine into the pork and shrimp filling mixture. When the dumplings are steamed, the solid gelatine melts into a liquid broth that deliciously spurts into the eater’s mouth when bitten into. And I always thought Chinese kitchen workers injected the dumplings with a soup-filled syringe.

Sprite is the magic ingredient in Korean marinades. In the same Hot Asian Flavors workshop, Hunter told the audience that Korean-American home cooks often used Sprite as a marinade ingredient. It seems that the lemon-lime carbonated soft drink infuses meat marinades with the just the right sweet-tart balance. Plus, Sprite was cheap and readily accessible to first-generation Korean home cooks who emigrated to the U.S. Want to try this.

Burritos go Italian. During a General Session, Gerry Ludwig, corporate consulting chef for Gordon Food Service, shared discoveries from his recent culinary travels to New York City, Chicago and L.A., in which he and his team visited 92 restaurants and tasted 1,131 dishes in 17 days. Rapidly flipping through 160 slides, one dish that caught my eye was a flatbread wrap from Piada Italian Street Food, an Ohio-based regional chain. Ludwig called it an “Italian burrito”—a spot-on description for the folded and filled item. Guests can customize theirs assembly-line style, like a Chipotle burrito, choosing from ingredients such as grilled salmon, rosemary garlic chicken, eggplant caponata and braised white beans—pretty upscale choices for a fast casual. The ultra thin-crust flatbreads or “piadas” are made from organic flour. Hope a Piada opens soon in my neighborhood.

BBQ: Make it local. MenuDirections was held in Charlotte, N.C., a state that has deep loyalties to several regional barbecue traditions. But local variations don’t have to be limited to the BBQ belt, as we learned in The World of Barbecue: Going Indigenous. Stephen Gerike with the National Pork Board challenged the audience to come up with a more personal barbecue by using ingredients in their backyards: wood from native trees as fuel, local fruits to make vinegars and sauces, local seasonings for rubs and local hogs. Chef Jason Alley of the Virginia restaurants, Comfort and Pasture, then shared his local take on BBQ: an Appalachian Crab Apple Pork Shoulder. Alley used hickory and oak to smoke the meat, rubbing it first with salt, sumac, cow horn pepper and maple sugar—all sourced from the Southwest Virginia area. He made a vinegar-based sauce with crab apples and served sides of corn porridge and cabbage fermented in buttermilk. Wish I lived near his restaurants.

Lemon plums. A highlight of the conference is the Culinary Competition, in which four teams from different non-commercial sectors cook up an entree from a market basket of ingredients. One of the new items in this year’s baskets was the lemon plum, a fresh fruit imported from Chile. One of the teams cut it up so the spectators could sample it. The fruit is shaped like a lemon but tastes like a plum with a shot of peppery citrus. Very unique. One duo of chefs in the competition pickled the plums to accompany pork tenderloin; another cooked it down into a savory lemon plum-blueberry compote; and a third created a lemon plum-wasabi BBQ sauce.

Stalk to root. Chefs have been touting nose-to-tail cooking for awhile, plating every part of the pig, lamb or goat and presenting it to adventurous diners. Why not stalk-to-root cooking for vegetables? Chef Eric Eisenberg of Swedish Medical Services in Seattle introduced me to this new phrase during his workshop on catering.  My new favorite sound bite—and a welcome idea for vegetarians.