The venerable Honey Baked Ham retail chain is branching into full-service restaurants with a concept promising no shortcuts in the preparation of its breakfast and lunch specialties. 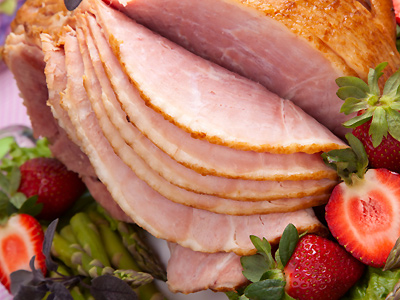 The new Sweet Clove Sunshine Café, nestled inside one of Honey Baked’s meat stores, features daytime classics like Eggs Benedict, made with poached eggs taken from the shell, not a box of “egg product.” The Benedicts are served on “pancake muffins” made from scratch and topped with Hollandaise prepared in the kitchen.

Similarly, the French toast is dipped in a house-made batter and is served with real Vermont maple syrup. It can be topped with whipped cream made on site and served tableside.

The Café does give some modern twists to old favorites. The bacon, for instance, is baked, not fried. The pancakes and French fries are also baked.

Ham, turkey and chicken, the staples of the Honey Baked Ham chain, are used in many of the selections, according to the retailer.

Fryers and microwaves were left out of the kitchen, and the ranges feature induction tops, or burners that work off electro-magnetic energy rather than an open flame or heat source. As a result, the company says, no exhaust hoods were needed.

The Café will be open only for breakfast and lunch, seven days a week.

Honey Baked Ham stores, which have been in business for 50 years, feature single-portion grab-and-go sandwiches, along with family-sized salads and platters.

The new venture was developed by corporate chef Cord Rogers.