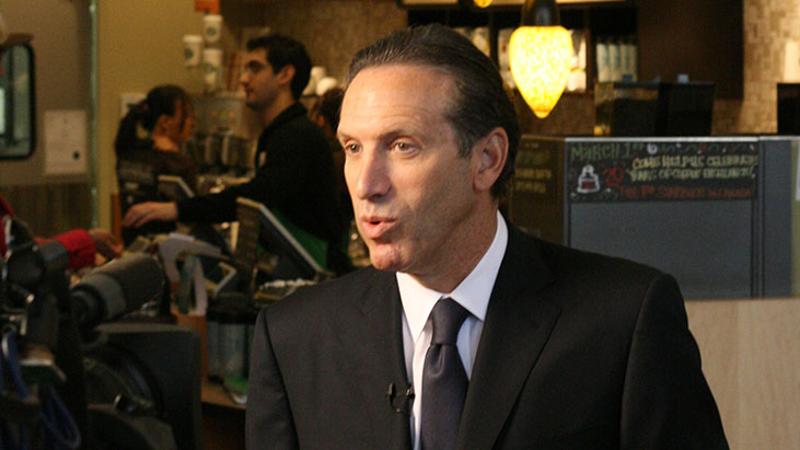 He’s been there before, but Howard Schultz’s relinquishment of the CEO post at Starbucks could affect more this time around than merely the trajectory of the restaurant industry’s most disruptive brand.

Even those close-to-home changes may not be readily evident. Schultz’s successor, Kevin Johnson, hails from the high-tech world, and that’s no coincidence. Starbucks' recent stellar sales increases—stunning in part because they’ve followed leap after leap—were fueled to a large degree by the chain’s quick embrace of Silicon Valley’s game-changing advances. While the rest of the chain market was debating whether to add digital menu boards or commission an app, Starbucks was blazing ahead with order- and pay-ahead capabilities.

Johnson, who came out of Silicon Valley, can be expected to maintain Starbucks’ front-runner chase of the latest digital advances—if not accelerate the hunt. And that means every other tech-minded brand will need to pick up their pace if they intend to keep the gap from widening.

Schultz has said he intends to focus on Starbucks’ high-end initiatives: its Starbucks Reserve outlets and coffee lines. That’s like Dumbledore saying he intends to stretch the very dimensions of magic. Offering the public a brew perceived as being a quantum leap over status-quo java has always been Starbucks’ wizardry. Now that the rest of the world has caught up with its better-than-okay products, Schultz is looking to rocket ahead once again.

In nitty gritty terms, that will likely mean higher priced coffees and coffee-based drinks, sold to a marketplace that regards the current generation of coffee as a buckboard compared to the Reserve’s Tesla-grade products. If other players intend to compete at that level, they’d need to start the reconditioning now. And yet there’s no comparable activity visible elsewhere.

How fine a point does Schultz intend to put on his brand’s leadership in quality? We’ll likely find out after he shifts to the newly created executive chairmanship on April 3.

We may also discover that the change was triggered in part by what happened on Nov. 8. In announcing the change in regime, Starbucks noted that the restructuring of responsibilities will enable Schultz devote more time to “social impact initiatives.” Could that be the weakest euphemism ever coined for running for president of the United States?

There was enough speculation about a possible bid this year that Schultz publicly announced he would not be a candidate. Now, with a successful businessman about to take the Oval Office, and Schultz’s Democratic Party acknowledging a lack of presidential timbre within its ranks, might he be the next standard bearer for liberalism?

Circle April 3 on the calendar, since far more than the industry will be assessing that possibility.

This, of course, is not the first time that Schultz has relinquished the reins to the company he first encountered as a carafe supplier. He first stepped aside in 2000, but resumed the stewardship from Jim Donald eight years later, alarmed about the company’s drift from the vision Schultz had left in place.

Schultz has demonstrated far more comfort with Johnson than he had with Donald, tapping the former Microsoft senior executive to become COO when Troy Alstead asked for an indefinite leave of office not long after taking the job.

Remember: April 3 is the day to break out the telescope.

Noodles & Co. gets an activist

Boost the bottom line with bacon

Inspire sales by pairing familiar and innovative flavors and formats

Can you ace this week’s restaurant industry news quiz?

Can defranchising save TGI Fridays?