Why are you here? In this industry. Running a restaurant. If your only answer is because you like food or, even worse, to make money, you’re setting yourself up for failure. 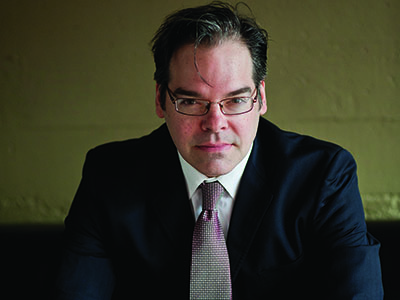 And I don’t just mean in the typical kind of restaurant failure: a-guy-who-likes-food-but-knows-nothing-about-business-starts-a-restaurant failure. I’m talking about a massive shift in what makes a successful business successful today compared with the recent past. What is it? In a word: purpose.

Doug Levy, CEO of marketing agency MEplusYOU and author of “Can’t Buy Me Like,” explains the transition to the new business realities through the lens of marketing: industries have moved from The Product Era in the ’50s and ’60s—where ads touted product qualities—to The Consumer Era, where ads talked instead about how much they knew their customer, to where we are now: The Relationship Era.

Triggered by the Internet and social media, The Relationship Era sees companies highlighting the values they share with their customers, their purpose.

“Profit is not an end in itself, but a product of a sustainable relationship,” Levy said at the recent Summer Brand Camp conference, a meeting of marketing, human resources and operations leaders. “What does your company stand for? That is the taking off point.”

Ryan Estis, another Brand Camp speaker and marketing guru, put the transformation in other terms: recent surveys found that 65 percent of American employees are under-engaged and only 39 percent trust upper management.

“We are leaving tons of human potential on the table,” he said.

The solution: purpose. Your employees are more engaged if they are working toward something bigger than themselves (and a paycheck). It has the same effect on customers.

A recent study by Dr. Rajendra S. Sisodia, a proponent of Conscious Capitalism—purpose-driven business management—found that mission-led companies outperformed the market by a mammoth 9:1 ratio.

Consider the outdoor apparel manufacturer Patagonia. Here’s its mission statement: “Build the best products, cause no unnecessary harm, use business to inspire and implement solutions to the environmental crisis.”

In the lead up to Christmas 2011 the company ran an ad campaign with the words “Don’t’ buy this jacket” over a picture of one of its new offerings. “This season share some values,” the ad said, and asked customers to sign a pledge to reduce consumption. It continued the campaign last Christmas. The ad also pointed out that because of their high quality, Patagonia’s (very expensive) products last longer, so you don’t need to buy as many.

According to Levy, the level of trust among Patagonia customers rose 300 percent after the ad campaign and the company had its best holiday sales season ever. Over 51,000 people signed the company’s pledge the first year of the ad campaign.

Are you doing anything to inspire your customers and employees? If you’re not, you’re fighting an uphill—and increasingly losing—battle for success.