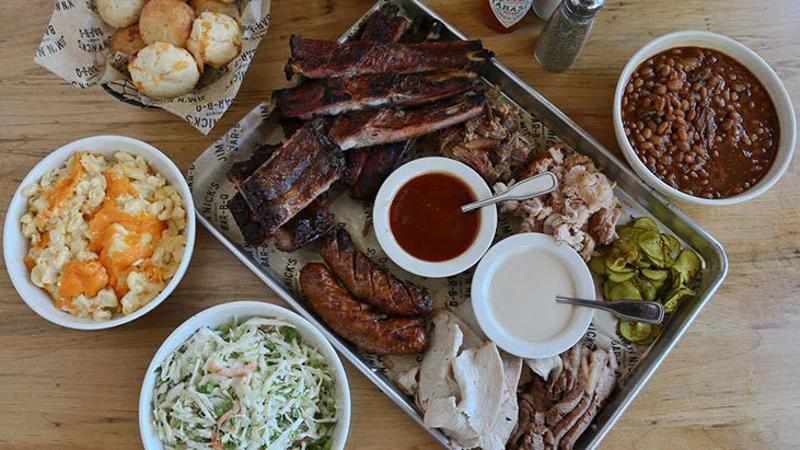 Roark Capital, the parent company of Carl’s Jr., Jimmy John’s, Arby’s and more than a dozen other restaurant brands, has added the Jim ‘N Nick’s Bar-B-Q chain to its holdings.

The price paid to founders Jim Pihakis and his son, Nick, for a controlling interest in the 37-unit concept was not disclosed.

As part of the deal, chain veteran Phil Hickey becomes chairman of Jim ‘N Nick’s. Hickey was CEO of Rare Hospitality, the company that operated Capital Grille and LongHorn Steakhouse until it was acquired by Olive Garden parent Darden Restaurants. He is also the chairman of Miller’s Ale House, another full-service chain in Roark’s portfolio.

Brian Lyman, a 12-year veteran of Jim ‘N Nick’s who was serving as COO at the time of the transaction, was promoted to president.

Roark is unusual among private-equity firms because it holds its investments for long stretches instead of flipping the companies in the usual five or seven-year time frame. Of its extensive restaurant holdings, only Wingstop, the quick-service wings chain, has been partially divested, through an initial public offering.

“Roark is a highly-respected PE firm, with a strong track record of investing in restaurant brands to position them for sustainable long-term growth,” said Nick Pihakis. “They are an ideal partner for us to reach our expansion goals, while remaining true to our extremely high quality standards.”

It is the twentieth restaurant brand to be added to Roark’s portfolio, and the sixtieth company overall.