Inspire Brands has promoted Jim Taylor to president of its Arby’s sandwich chain, filling the gap left by the departure of Rob Lynch to become CEO and president of Papa John’s International.

Taylor was previously Arby’s CMO. His successor in that position had not yet been named.

His promotion in effect replaces one veteran marketer with another. Lynch was the architect of Arby’s highly successful “We have the meats” campaign, a key component of the brand’s turnaround in recent years. Taylor was a key figure in developing products that supported the “meats” claim, from extremely limited offers of venison and elk sandwiches to more mainstream protein-focused items. Among his most recent efforts was a tongue-in-cheek campaign that made fun of competitors’ embrace of faux meat products such as the Impossible Burger.

"During Jim's time at Arby's, he has helped introduce one of the most dynamic and innovative product pipelines in our industry and has a proven track record of driving strong sales for the brand,” Inspire Brands CEO Paul Brown said in a statement. The Arby's business, our team members and franchisees are in great hands with Jim at the helm." 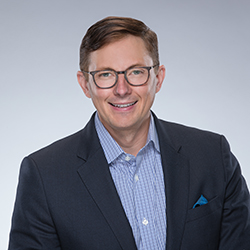 Taylor will report to Brown. Inspire is also the parent of Buffalo Wild Wings, Sonic Drive-In and Rusty Taco.