A&W Restaurants has appointed COO Paul Martino to the additional post of president, with a focus on accelerating the 100-year-old chain’s domestic expansion.

“We are preparing to enter an era of accelerated growth, and Paul’s leadership will be critical to both attracting new franchise partners as well as supporting those currently in the system,” A&W CEO Kevin Bazner said in a statement.

The chain currently extends to 1,000 locations, about 630 of them in the United States. Bazner noted that 60 of those U.S. stores have been added since franchisees acquired the concept from Yum Brands in 2011.

Martino rejoined the franchisor at that time, about 20 years after his first association. As COO, he was responsible for A&W’s operations, marketing, technology and restaurant support center. His promotion expands that list of responsibilities to include oversight of domestic franchising efforts, which A&W sought to strengthen in late 2018 with the appointment of David Crowley as director of franchise recruitment. 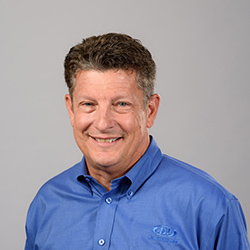 “We’ve all got a long history with A&W, and we’re committed to growing this great brand,” Martino said in a statement. “As COO, my focus has been on helping our franchise partners build profitable sales. I’m very excited to now also be working to expand the A&W system.”

Founded in 1919, A&W says it is the nation’s oldest restaurant chain. The chain still specializes in made-from-scratch root beer, along with a menu of burgers, fries and other quick-service staples.