Why Sodikoff?
Taking a less-than-traditional approach to restaurants, Sodikoff has launched a growing empire in Chicago in just over four years. His portfolio includes, among others, a hipster barbecue joint, a diner with a gastropub vibe, a high-end French concept and a European delicatessen that, at first, left some people confused. He admits his restaurants can be risky and be alienating to some—but that’s exactly what he’s after. “I don’t want [guests] to have an okay time. I either want it to be great or for them to go elsewhere. Not every space is for everyone,” he says. Trained in the kitchens of Alain Ducasse and Thomas Keller, and mentored by Lettuce Entertain You’s Richard Melman, Sodikoff developed a sense of passion and pride and learned to translate that into something that makes sense. At 35, he’s a young restaurateur, but his concept-before-guest philosophy has earned him a slew of successes, as well as a few missteps. 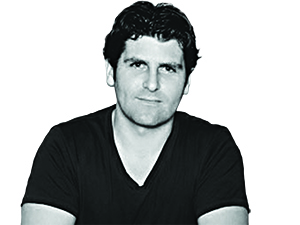 You’ve said it’s not all about the guest. What is it about?
It’s about having a great team and product and offering it in a generous way. That’s what hospitality is: acts of generosity. You have to show you genuinely care; it’s not something you can fake. You need a team that’s happy and feels supported and believes in the product. The result is people are treated well. It’s an inside-out approach that doesn’t start with the guest.

What do you think of hospitality today?
It is often misperceived. A lot of people don’t understand what business they’re in, for the most part. The reason people go out is to be acknowledged, so the goal is to see them and let them know they matter and are of value in the world. Do that and your business will be successful.

What is your day-to-day life like?
I’ve spent much of my time in the last year in meetings and away from production, which has potential to be detrimental, if I’m not careful. I’m in each of [the restaurants] every day, and I try to eat a meal in one every day. I need to stay connected to the team since they’re ultimately responsible for the success or failure. My main role now is as a teacher … a coach.

Any advice for people looking to launch their own restaurant?
I encourage them not to. If you can be happy doing something else, do that. This is a business made for people who have to do this. It’s too hard, too consuming and too dramatic, and you really have to love it. It’s not for everyone, and it shouldn’t be. It will eat you up if you’re not made for it. But if you are that type of person, you’ll figure out a way to make it work. Don’t try to do something new, try to do something good.