Bob Bafundo is leaving the president’s post at Rave Restaurant Group in a management shakeup that brings aboard Mike Burns as COO and Douglas Kwong as VP of marketing.

"Our new team brings a fresh perspective and modern approach to leadership at Rave," said Brandon Solano, who remains Rave’s CEO. "I'm looking forward to working with this talented team to transform the business, drive profit and win with consumers."

Rave said the changes reflect the company’s shift to a more centralized structure, with executive such as Burns and Kwong involved in both of the company’s brands.

The company drew from Pei Wei Asian Diner for two key positions on the new org chart. Burns, the new COO, had served for roughly two years as VP of operations for the Asian fast-casual chain. Earlier, he rose through a number of operational and operations-support positions at Bojangles’ Famous Chicken 'n Biscuits during his eight years at the venerable quick-service brand. 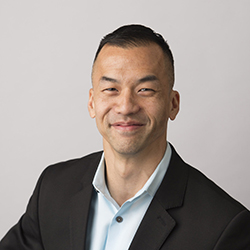 Kwong, who’ll handle marketing for both Pizza Inn and Pie Five, was previously director of e-commerce and digital marketing for Pei Wei. Rave noted in announcing the appointment of Kwong that Pei Wei’s digital sales had risen from 8% to 30% of total revenues during his tenure.

“He previously ran digital marketing for Cicis Pizza and is precisely what we need to modernize our marketing," Solano said of Kwong.

Bafundo was promoted to president of Rave about 15 months ago, after serving for roughly two years as president of its Pizza Inn chain. 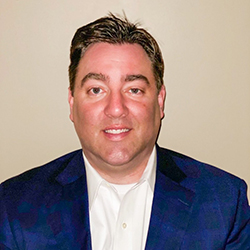 Rave has been struggling since Pie Five, an early entrant and onetime power in the fast-casual pizza segment, started to decline under an onslaught of competition. The concept was founded as a dine-in or takeout concept, just as delivery started to boom. It did not offer that service.

Inspire Brands to buy Dunkin’ in $11.3B deal

A restaurateur’s guide to the election

Ruth’s Chris optimistic, but remains at whim of COVID restrictions

How to recruit and retain employees in a contactless pandemic

How casual dining is navigating Month 8 of the pandemic

Restaurant priorities shift in the wake of the pandemic

The McRib returns to McDonald’s menu, this time nationwide