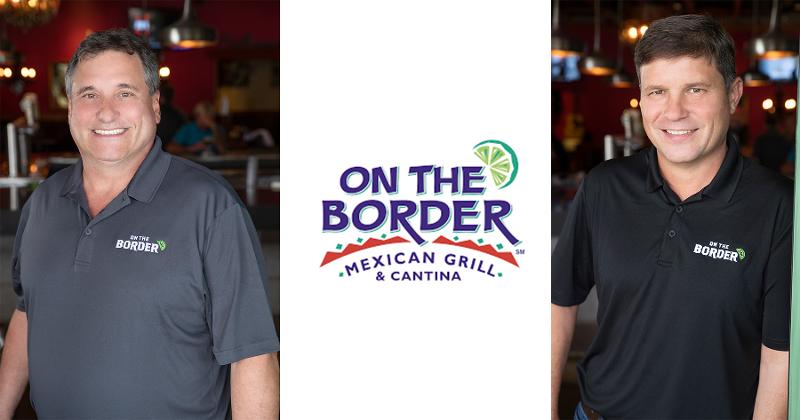 Photos courtesy of On The Border

The On The Border casual-dining chain has named Tim Ward CEO and Bruce Vermilyea CFO, recruiting both from The Krystal Co. quick-service chain.

Ward had been president of Krystal, with Vermilyea serving as CFO. Both had deep prior experience in the industry, albeit largely in the quick-service sector. Prior to his post at Krystal, Ward had been COO of Captain D’s, overseeing 600 restaurants. He previously worked for Arby’s and its then-largest franchisee, Results through Motivation (RTM), and for NPC International, a Pizza Hut and Wendy’s franchisee.

Vermilyea spent 18 years with the Qdoba, helping the burrito chain grow from 25 units to 75 locations.

“Tim and Bruce have a history of working together to drive results, so we are thrilled they have agreed to lead On The Border,” Michael A. Klump, founder and CEO of Argonne Capital Group, said in a statement. Argonne owns On The Border and other chain concepts. “On The Border is an iconic Mexican chain that will benefit greatly from the passion and exacting standards Tim and Bruce will bring to the organization.”

The changes signal the start of another chapter of On The Border, which currently consists of 130 restaurants in 30 states and Asia. The brand generated systemwide sales of $327.8 million in 2019, according to Technomic research.

The brand was once a publicly owned company and was also formerly part of Brinker International’s portfolio.  It specializes in fajitas and margaritas.