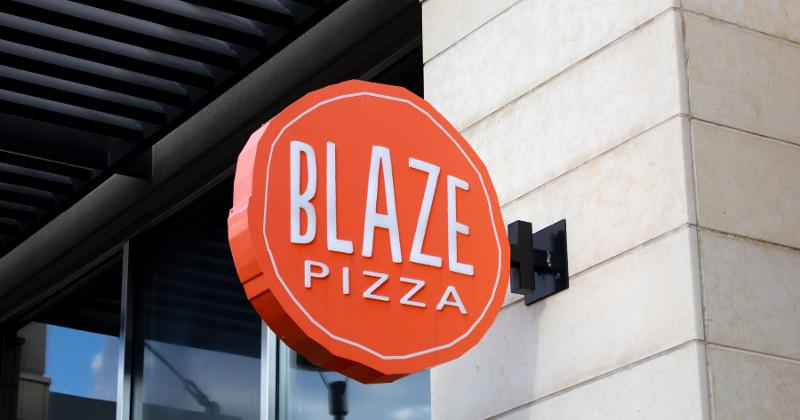 Mandy Shaw is departing as CEO of Blaze Pizza, though it’s not clear when, sources within the company have confirmed.

Rumors of Shaw’s departure from the Los Angeles-based chain have circulated this week, though the company through a spokesperson has denied any changes are afoot. Shaw did not respond to questions about the rumors.

But sources in the know—who asked not to be named—confirmed the departure, though details were not available.

In California, legal restrictions govern the separation of employment, including the timing of disclosure.

The rumors have prompted some in the industry, including former Blaze CEO Jim Mizes, to guess that Wingstop Chief Revenue and Technology Officer Stacy Peterson might be moving to Blaze. Peterson resigned from Wingstop this week to take a CEO position at a private-equity-sponsored, non-competitive company—though the name of the company has not yet been disclosed.

Peterson said she could not yet reveal where she is going. And Blaze sources say she has not been tapped as Shaw's replacement.

Shaw, meanwhile, has been with Blaze for more than four years, leading the fast-casual brand through the challenging pandemic shutdown and recovery.

She served as the fast-casual chain’s chief financial officer from January 2018 to August 2019 before being promoted to the role of CEO.

Before joining Blaze, she spent 12 years in leadership at Bloomin’ Brands Inc., most recently as a senior vice president and chief accounting officer.

The move comes as Blaze celebrates its 10th anniversary.

One of the fastest-growing chains to emerge from the crowded pool of fast-casual pizza competitors born in Southern California, the mostly franchised Blaze was founded in 2011 and has since grown to nearly 350 units across 38 states and six countries.

According to sister brand Technomic’s Top 500 Chain Restaurant Report, Blaze had systemwide sales of $347 million in fiscal 2021, up 20% year over year. Blaze ended 2021 with 313 units and average unit volumes of $1.1 million.

Direct competitor MOD Pizza, on the other hand, has gained market share with unit growth. The Bellevue, Wash.-based MOD ended 2021 with 506 units and $590 million in systemwide sales, a 28% increase from the prior year. But average unit volumes were only slightly higher at $1.2 million, according to Technomic.

Blaze has been making an aggressive franchising push, and recently announced two multi-unit deals to expand the brand in the South-Central and Mid-Atlantic regions, including a 10-unit development agreement in the Dallas-Fort Worth area and three units in the Maryland suburbs of Washington, D.C. Franchisees are also growing in Georgia and the brand is moving into Maine for the first time.

Blaze has been tweaking its leadership team over the past year or so.

In June, Ed Yancy was promoted to the role of chief development officer. In 2021,  Brad Reynolds was named CFO and Chris Demery was named chief technology officer.