The husband and wife behind Doherty Enterprises, a 150-unit franchisee of multiple restaurant concepts, had an ironclad career policy for their children: If they expected to be given a high rung in the family business, they could just forget it.

“We had to go out and get a, quote-unquote, real job,” recalls Tim Doherty, who took over as president and COO in May of the company his father, Ed, still heads as CEO. They’re joined in the company’s headquarters by Tim’s two sisters—meaning four of the concern’s top management positions are held by persons with “Doherty” printed on their birth certificates (the two women now use their married names, and their mother, Joan, isn’t officially on the payroll). 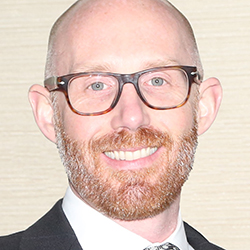 The problem, says Tim, was rule No . 2 of the Doherty career guide: Do what you really wanted to do.

Their experiences underscore an irony of the restaurant business: For an industry that’s reputedly the last place any capable (or sane) person would want to work, it abounds with people who grew up in the field and still chose that supposed career of last resort as their life path.

In Tim Doherty’s instance, that meant leaving a career in international finance with Allied Irish Bank, Ireland’s largest bank, a global player that put him in executive positions within its Dublin and New York City offices. Finance is a high-rolling field  where young hotshots can make a fortune in no time, but Doherty needed only a few years to know it wasn’t for him.

“I wasn’t passionate about the work I was doing,” he recalls. “I didn’t like it as much as I had liked working in restaurants.” He approached his father for advice. “It wasn’t, ‘Come back to Doherty Enterprises,’ it was, ‘What would you want to do?’” he says.

They decided Tim should give Applebee’s management training program a try.  Doherty Enterprises had the franchise rights for the brand’s Long Island and New Jersey territories, two key but challenging markets. Also, Tim had worked in restaurants since he was a teenager, but hadn’t run one.

The younger Doherty knew his entry into the family business wouldn’t be a cakewalk. From the time he’d landed a greeter’s post at a Doherty-managed restaurant in 1994, during his senior year of high school, he realized that being the founder’s son carried its own challenges. “I made a vow to myself that I was going to outwork everyone because everyone knew what my last name was, and I didn’t want them to think I got the job because I was Ed’s son,” he says.

For similar reasons, it was decided after the younger Doherty showed an aptitude for restaurant work that he focus on site selection and development rather than field-level operations. “We jointly felt it would put our management team in a difficult situation to put Ed’s son in a restaurant or region,” he explains. Plus, with development taken off the elder Doherty’s shoulders and assigned to one person as their core responsibility, the company would likely grow faster. Indeed, the operation grew from 38 stores to the current tally of 150, most flying the flags of Applebee’s and Panera Bread. 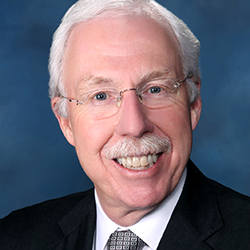 Working with family members isn’t all hugs and warm holiday memories. “There’s always disagreement, there’s always discussion,” particularly with his father, says Tim, who refers to him as Ed, not dad. “We both have, as part of our personalities, that we can disagree about a decision or direction in the office and let that go and not let that impact our personal relationship on the outside.”

A key to the approach, he suggests, is incorporating something he learned as a boy while visiting restaurants with his father. “This was early on, and it still happens to this day: He goes around and tries to connect with and engage every single member of that staff, front of the house and the back of the house, and talk about the mission of Doherty restaurants,” says Tim. Ed also thanks each one for what they do, he continues.

The younger Doherty says he’s committed to making that mindset a cornerstone of his management style, a key part of his larger goal of putting his own stamp on the culture. That effort, he says, has two overriding components: Deepening Doherty Enterprises’ engagement with the communities it serves, and inspiring employees to provide service that’s stunningly good, an objective known internally as wow service.

The seeds of the latter objective extend back to Tim’s first exposure to the restaurant business. As a preteen, barely able to see over the tables, he’d accompany his father on visits to franchised branches of Roy Rogers, a quick-service chain then owned by Marriott Corp., where Ed was an executive.

“Heaven forbid the restaurants weren’t working right, because then he’d put me to work,” the younger Doherty recalls.