The move is effective immediately. 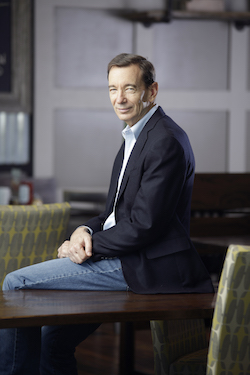 Pendery called Tomasso “the ideal person to maintain our success and culture.”

“Chris and I have worked together for more than a decade, and he has played an integral role in the success of First Watch during that time,” Pendery said in a statement. “I am confident that he will approach this new role with the same passion and commitment to our culture that he has demonstrated these past 12 years.”

The chain in recent years has become one of the fastest-growing concepts in the country—system sales grew 32% last year to $313,000, according to Technomic data.

The company operates more than 330 restaurants in 29 states, including 250 First Watch locations and 75 The Egg & I restaurants.

Tomasso joined the company in 2006 as its chief marketing officer. In 2015, he was given the title of company president and was given responsibilities for operations oversight.

Before First Watch, he worked as a marketing executive for Cracker Barrel and Hard Rock Cafe.

“I am focused on continuing our legacy of building significant customer relationships while accelerating the innovation and execution that our customers now expect from First Watch,” Tomasso said in a statement.

Pendery will work as a liaison between First Watch management, its board of directors and Advent International.