Danowitz previously held the COO role with The Goldbergs Group and also served as vice president of operations for Mellow Mushroom. 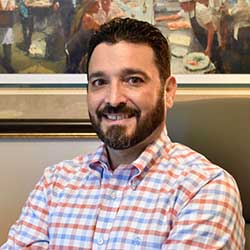 “The company has a lot of potential and is poised for growth, and I look forward to helping bring that growth to fruition,” Danowitz, in a statement, said about the 13-unit chain.

Farm Burger, which was founded in 2008 in Atlanta, focuses on sustainable food with a menu of grass-fed beef burgers and locally sourced ingredients.