Next time you order a pizza for delivery, note the insulated bag that keeps your pie piping hot all the way to your door. While you’re tipping the driver, take a glance at the car. Chances are you’ll spot one of those illuminated portable car-top signs. Now tip your hat to Glenn Mueller and the gang at RPM Pizza, Domino’s largest franchisee, because both the bag and the car-top sign are RPM innovations that have become ubiquitous in the food delivery business. 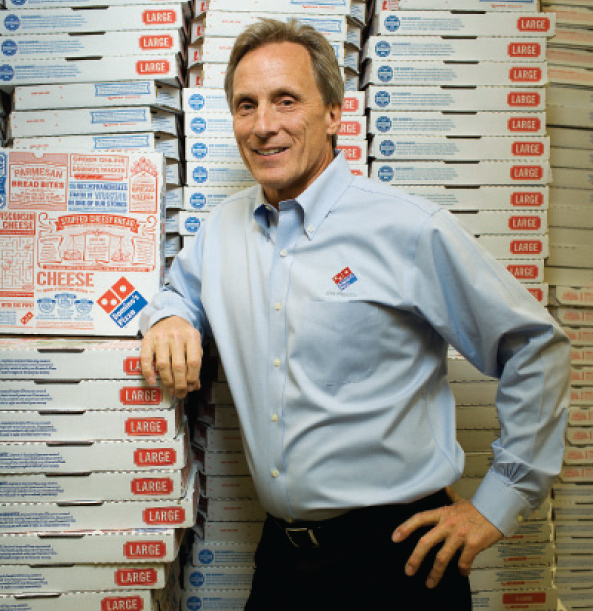 Founded in 1981 by Mueller and his brother Richard, RPM is one of those franchisees that could almost annoy corporate with their steady stream of ideas, admits Jim Stansik, executive vice president of franchise relations for Domino’s. That is, if it weren’t for the fact that they’ve had so many big hits. The hot bag and car-top sign are two of the biggest, but there are others. RPM was the first in the Domino’s system to establish drive-thrus and carryout-only stores in smaller markets. It was the first to develop modular stores with components built off-site.

The company’s great ideas extend to its team members. Early on, RPM established a management training Pizza College. The curriculum spans pizza making and unit management, to training on leadership, work-life balance and personal finance. Mueller takes great pride in the fact that RPM has helped more than 150 team members franchise their own operations.

Ideas at RPM are sometimes homegrown, but more often than not are inspired by what other companies are doing. Richard Mueller got the idea for the car-top signs from Las Vegas taxicabs. The decision to build a carryout-only store came from Glenn’s study of Pal’s Sudden Service,  the small burger chain based in Tennessee. The modular store idea was adapted from Rally’s Hamburgers. “We have a great worldwide network of Domino’s franchisees and we share best practices,” Glenn Mueller says. “But within RPM we also study what’s going on outside of Domino’s. We have an intern whose job is to research other companies. Is there any equipment, marketing, signage, training, anything that they’re doing that we could learn from? Not all franchisees have a passion for this, but there are some that are just driven by innovation. We believe we’re one of them.”