Simon, who co-founded the Freddy’s brand along with his father, brother and a business partner, takes on the role after 34 Panera locations run by Maverick’s Panera Cafes, where Simon served as president, were sold to Flynn Restaurant Group this summer. 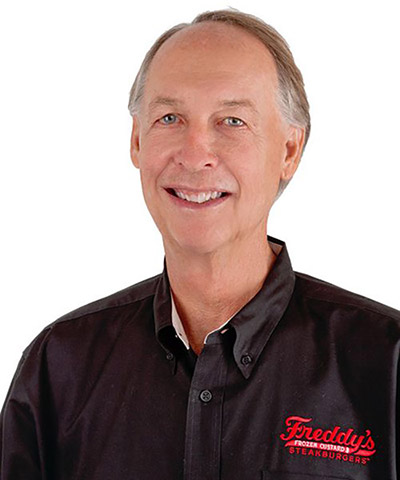 “Over the past couple of months, I’ve enjoyed increased exposure to our Freddy’s support team and franchise family,” Simon said in a statement. “They’ve provided me time to transition out of the last 24 years in the Panera business and the space to patch the holes left from the loss of Freddy’s original CEO and my brother Bill, who passed away last December. Bill really loved Freddy’s. He had a profound ability to turn challenges into advancement opportunities. He left us in a great position and we are going to build on the foundation he worked so hard to create.”

Freddy’s was named one of Technomic’s Top 500 chain restaurants this year, with an estimated $340.5 million in U.S. sales during 2016.