SirLouis will be responsible for developing and implementing new processes to help further promote the Beef ‘O’ Brady’s and The Brass Tap concepts. 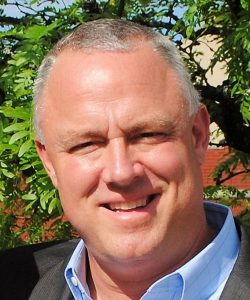 SirLouis brings over 30 years of franchise growth experience to the company. He most recently spent 16 years at Fazoli’s Restaurants, where he first served as the vice president of operations before being appointed as vice president of strategy, where he was in charge of developing off-premise sales programs, a mobile platform, IT, point-of-sale rollouts and reimaging strategies.

“While I enjoyed the strategy behind my previous position at Fazoli’s, I was always interested in getting back into the operational side of the business,” said SirLouis in a statement. “When this opportunity came up, I realized it was an unusual and rare chance to join a franchise concept where I not only saw the potential for growth but was also extremely impressed with the team. The same aspects that attracted me to this industry in the first place are what ultimately attracted me to Beef ‘O’ Brady’s and The Brass Tap: the energy and the people. FSC Franchise Co. prioritizes its employees in an environment that makes customers want to come back.”