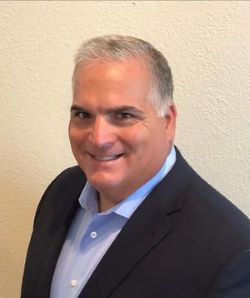 In 2018, UFG started franchising the West Palm Beach, Fla.-based chain, working with the brand’s co-founders. One of those founders, Nick Della Penna, had been serving as the restaurant’s interim president. The chain debuted in 2011.

The Great Greek lists 18 open restaurants on its website but said in a press release it has “141 franchise locations either open or in development both domestically and internationally.”

“As we continue to secure multi-unit franchise development agreements and prepare to open multiple Great Greek locations across the nation and internationally, it is the right time to bring in Bob Andersen,” Della Penna said in a statement.

Before joining UFG, Andersen was the CEO of Jimboy’s Tacos. He was also the first franchisee and area developer for Cowboy Chicken and went on to operate multiple units. Andersen was previously president of Mooyah Burgers & Fries and managing director of franchise development for Boston’s Pizza.

“I look forward to leading the brand to continued growth domestically and internationally while fostering relationships with new franchisees along the way,” Andersen said in a statement. “It’s a great brand to be a part of and I’m excited to lead the team through this next chapter of growth.”