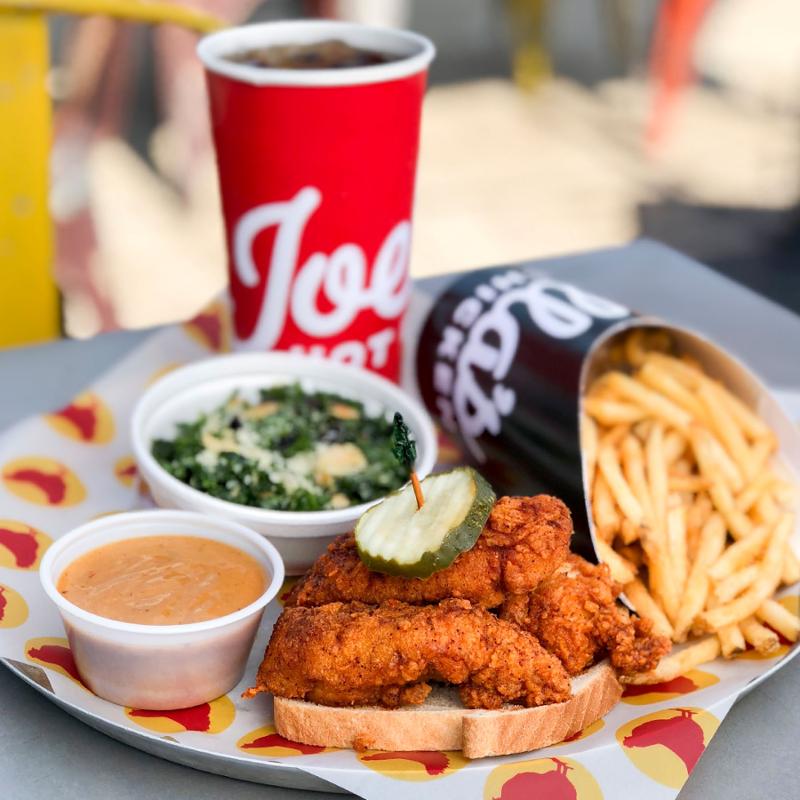 Pollak will oversee operations and growth initiatives for the Louisville-based 19-unit brand.

Pollak had served as senior director of operations for Inspire, leading operations at more than 70 Arby’s units across six states.

“Tye is a well-respected leader in the restaurant operations industry, and we look forward to tapping into his expertise to strategically grow the Joella’s brand,” chain President Ray Schulte said in a statement. “His more than 25 years of experiences working in positions ranging from assistant manager to senior director level make him the perfect mentor to build our team to a successful model that delights each and every guest, each and every visit.”

Joella’s started in 2015 and has grown quickly from its start in a former gas station building. The chain is known for serving its chicken at six varying heat levels, from mild to “fire-in-da-hole.”

Joella’s came in at No. 17 on Restaurant Business’ latest list of the country’s fastest growing small chains. It had three-year average sales growth of 28.6% and average unit volume in 2020 of nearly $1.2 million, according to data from RB sister firm, Technomic.

“Joella’s has the potential to attract a fan base nationwide, and my goal is to simply do just that,” Pollak said in a statement.