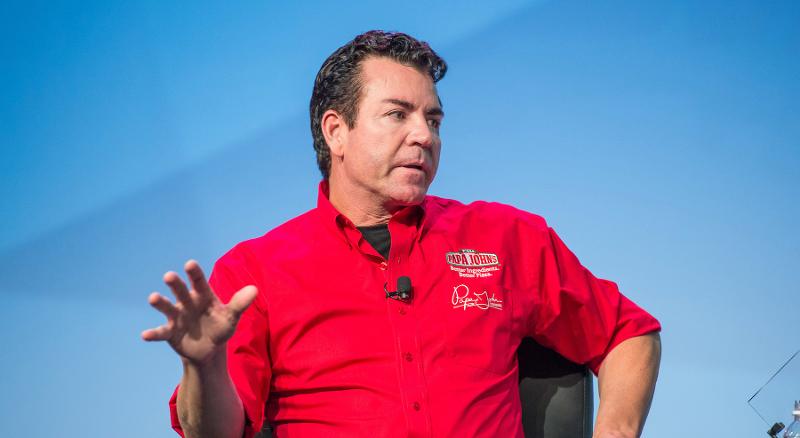 John Schnatter has stepped down as CEO, chairman, director, and spokesman of Papa John’s, the brand he founded, and has cut his stock ownership of the company in half.

That doesn’t mean he’s going to ignore the chain’s decision this week to replace his hand-picked CEO with Rob Lynch, the president of Arby’s.

Schnatter, who turned against now-former CEO Steve Ritchie after he resigned as chairman a year ago, endorsed the decision to name a new chief executive in a statement released Tuesday afternoon.

“As I have told the Papa John’s board on many occasions for the past 15 months, a new CEO was needed to get the company moving in the right direction,” Schnatter said. “I advised Chairman Jeff Smith directly as soon as Starboard invested in Papa John’s that he needed to replace Steve Ritchie. I am pleased that Jeff Smith and the board have finally come to that realization and made a change in leadership.”

It’s notable that Schnatter is still Papa John’s biggest shareholder: Though he has sold millions of shares since May, he still owns more than 16% of the company. Until that number dwindles, he will remain a major voice at the company.

He reiterated his interest in the company Tuesday in his endorsement of Lynch as CEO.

“Rob Lynch has proven to be an effective marketing leader in previous roles,” Schnatter said. “As the company’s largest shareholder, I’m hopeful he can be successful at Papa John’s.”

But he also took another shot at Ritchie, who was the company’s president in 2017 while Schnatter was CEO, and who then assumed the top job in January 2018 when Schnatter opted to step away from day-to-day operations.

He has since blamed Ritchie’s leadership for the chain’s same-store sales problems the past two years.

“Under Steve Ritchie’s leadership these past two years, the company was run very poorly,” Schnatter said.

He added that he is still not 100% happy with things the Papa John’s board is doing.

“While I still have many reservations about the actions of the board of directors and their ability to fix this business, the decision to terminate Steve Ritchie is a step in the right direction,” Schnatter said.