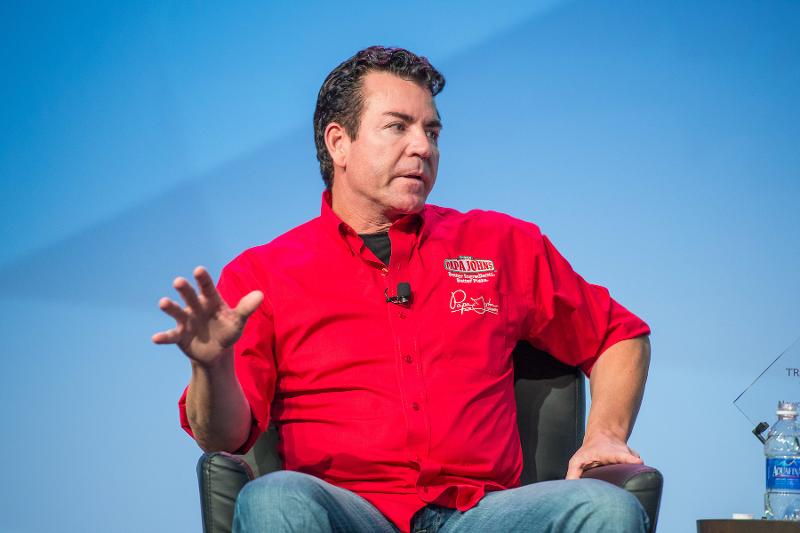 John Schnatter has taken his dispute with the ad agency at the center of his ultimate ouster from Papa John’s to court.

The pizza chain’s founder and former chairman and CEO on Thursday filed a lawsuit against Wasserman Media Group and Laundry Service, arguing that they deliberately leaked out-of-context details to Forbes in a dispute with Papa John’s over a $6 million payment.

The lawsuit seeks unspecified damages from Laundry Service over the result of that leak, which led to the end of Schnatter’s role with the Louisville, Ky.-based pizza chain.

In July of 2018, Forbes reported that Schnatter used a racial slur during a conference call with Laundry Service the previous May. After acknowledging the use of the slur, Schnatter stepped down as chairman and was ultimately ousted from his role as the company’s primary spokesman.

In his lawsuit, which was filed in a Kentucky court, Schnatter argues that Laundry Service deliberately leaked details of that call without providing proper context. Schnatter argues that he used the epithet while criticizing KFC founder Colonel Sanders for his use of the N-word to describe African Americans.

Schnatter argues that Laundry Service leaked the details to “bury” Schnatter amid the payment dispute.

“Casey Wasserman, the CEO of Laundry Service’s parent company, told Papa John’s then-CEO Steve Ritchie that he would ‘bury the founder’ … if Laundry Service was not paid $6 million,” the lawsuit says.

The Forbes report, published on July 11, 2018, “led to a virtual firestorm around him and the company,” ultimately resulting in his separation “from the company he had built and managed for over 30 years.”

Schnatter argues in his complaint that, by disclosing details of the call, Laundry Service breached its services agreement with Papa John’s. And by leaking details “out of context,” Laundry Service “interfered with Mr. Schnatter’s valid business relationships and prospective economic damages.”

Schnatter has been working to rebuild his image in recent weeks, even as he has sold stock in Papa John’s and publicly criticized its current leadership.

The May conference call was held to discuss Papa John’s new marketing strategies, stemming from a November earnings call with analysts in which Schnatter appeared to blame NFL player protests for the chain’s weakening same-store sales.

Papa John’s had a longtime relationship with the NFL, spending 25% of its budget on league-related marketing and advertising, according to the lawsuit. Papa John’s was closely associated with the league.

The complaint raises again the issue of player protests, saying that it played a role in the “measurable decline” in NFL viewership ratings in 2016 and 2017.

Schnatter in his complaint says that his comments on the earnings call were widely incorrectly reported as his view on the protests themselves. “In his comments, Mr. Schnatter did not take a side in the anthem protests and, in fact, twice stated the league should find a resolution that was to the players’ satisfaction,” the complaint says. “If anything, these comments should be seen as an endorsement of the players’ right to continue to protest.”

Laundry Service had just been hired as Papa John’s ad agency and, according to the complaint, the agency advocated for the company to use Kanye West in its new campaign. Schnatter argued that he didn’t want to partner with West “because of his controversial nature and use of the N-word in his lyrics.”

In the lawsuit, Schnatter says he used the N-word during the conference call to complain about Sanders’ use of the term, and how he was able to “get away with it,” while Schnatter was heavily criticized for using the word “debacle” to describe the anthem protests.