Jollibee Foods Corp. was honored with a GRLC Distinction Award as the world’s best partner in international development, and United Kingdom-based Costa Coffee was celebrated with the Distinction Award for its rapid global expansion, at Sunday’s Global Restaurant Leadership Conference (GRLC) in Dubai.

The United Kingdom-based quick-service chain Leon was presented the Distinction Award for innovation, and Alghanim Industries, an operator of Wendy’s, Slim Chickens and Costa Coffee units in the Middle East, was saluted for its “giving forward” philosophy with the award for community service. 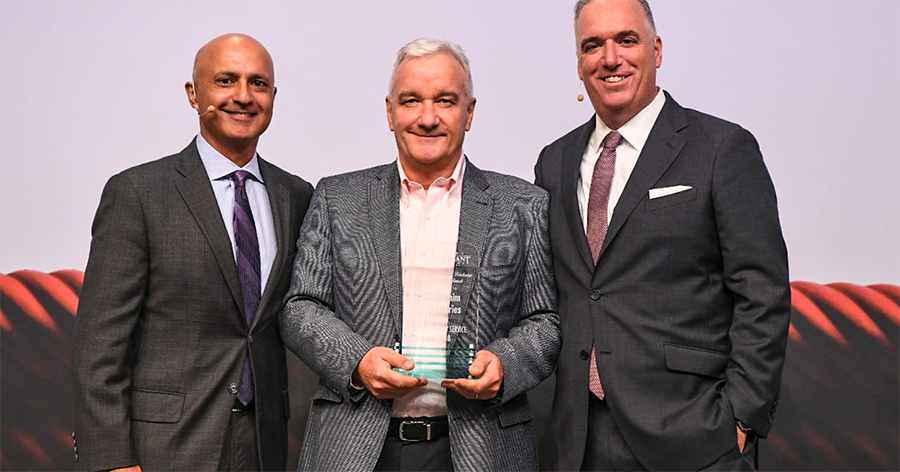 The four were presented with their respective honors onstage during the first full day of GRLC, an annual gathering of restaurant executives from around the globe. It is hosted by Winsight, the parent of Restaurant Business. This year’s conference, which runs through Tuesday, drew some 1,390 leaders from 499 companies in 45 countries. 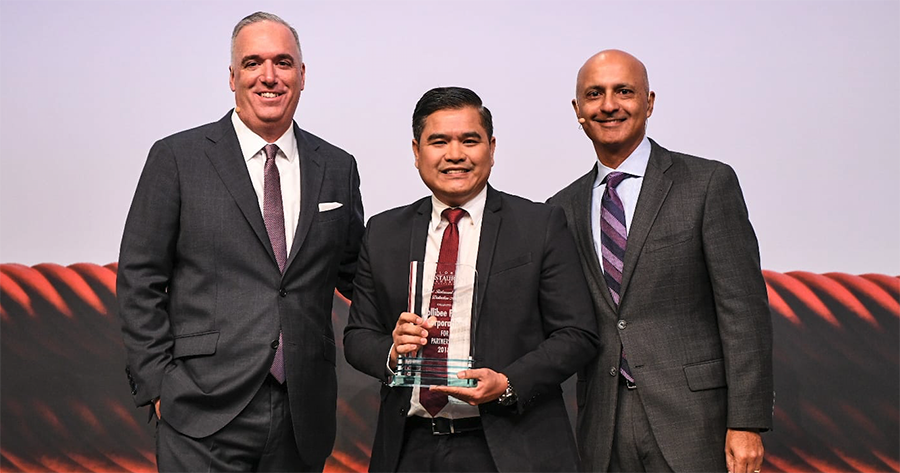 The GRLC Distinction Awards are a highlight of the conference. This year’s awards were presented by Chris Keating, group president of restaurant media and events for Winsight, and Ajoy Karna, SVP of international foodservice operations in Europe for Sysco Corp. 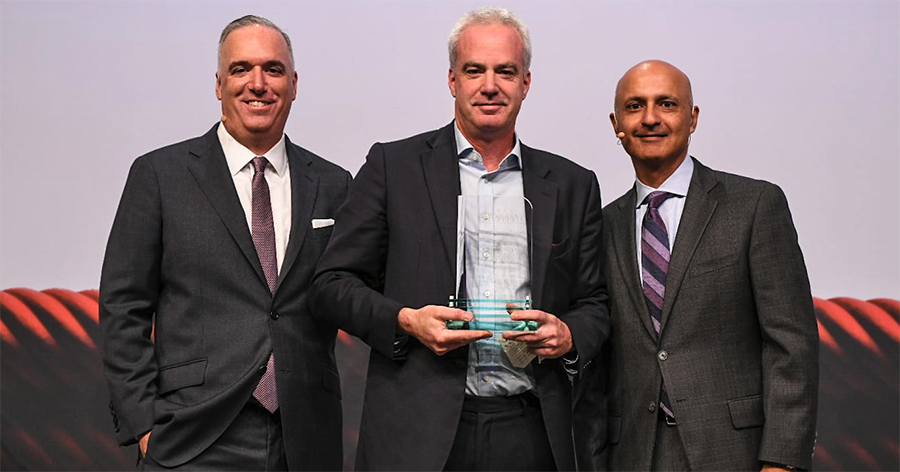 “The Awards program is designed to recognize restaurant operators that excel in the global marketplace through innovation, community service, partnership and expansion,” Keating said in kicking off the awards.

Accepting the award for Jollibee was Maxi Peralta Jr., assistant VP and head of international franchising and business development; for Costa, Louise Bray, senior regional marketing manager for the Middle East and Asia; for Leon, Adam Blaker, development and property director; and for Alghanim, Phil Broad, VP of food and beverage.