Macaluso comes to Atlanta-based Krystal from McAlister’s Deli, where he had been president. He replaces Omar Janjua, who last week was named CEO of Taco Bueno. 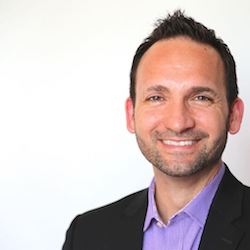 “Paul Macaluso is sharp, action-oriented and innovative,” Michael Klump, founder and president of Krystal’s owner, Argonne Capital Group, said in a statement. Klump said Macaluso has a “winning attitude,” and an “ability to drive outstanding relationships and results.”

Macaluso began his career as a general manager with Yum Brands and then held several management positions with Taco Bell. He worked with Burger King and Sonic before moving to Focus Brands, where he was the chief marketing officer with Moe’s Southwest Grill before becoming president at McAlister’s.

“Krystal is the original challenger brand,” Macaluso said in a statement. “And we’re going to make sure we regain share of minds and hearts with our guests.”