Libardi, a former Burger King executive, has been with Marco’s since 2014. His promotion was effective as of the first of the year.

Libardi’s priorities will be to focus on the Toledo, Ohio-based company’s employee development, franchisee support, technology and maintaining “steady and rapid growth.”

The company said that he will work to add franchise advisory boards and unveil a new prototype to mark the chain’s 40th anniversary. Pasquale Giammarco founded the chain in 1978. 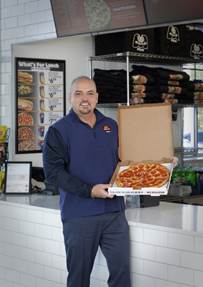 “I am confident Tony will be a driving force behind the continued success of Marco’s Pizza as we head into a new era,” CEO Jack Butorac said in a statement.