The longtime industry executive will be the senior vice president, restaurants, and will lead the hot dog brand’s restaurant division, which operates about 300 locations around the world.

The company said that bringing Walker on board represents a major commitment to that restaurant division, which is how Nathan’s got its start more than a century ago before branching off into licensing and foodservice.

“While our success over the last decade has largely come from our product licensing and foodservice businesses, Nathan’s started as a restaurant company in 1916,” Nathan’s CEO Eric Gatoff said in a statement. “Adding someone as accomplished and innovative as James demonstrates our continued commitment to our restaurant business operations.” 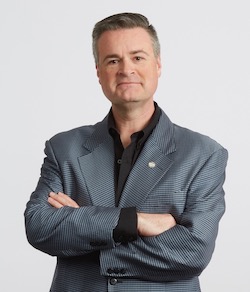 Walker has more than 30 years of management experience. He had been vice president North America of Subway until his departure earlier this year. He has also held positions with Baja Fresh, Cinnabon, and Johnny Rockets.

In a statement, he called Nathan’s “a truly iconic brand that started on the corner of Surf and Stillwell Avenues in Coney Island and is now a global player in the restaurant and retail spheres.”

Nathan’s Famous generated more than $100 million in systemwide sales at its 243 U.S. restaurants in 2018, according to data from Restaurant Business sister company Technomic. System sales rose 1.9% over 2017.