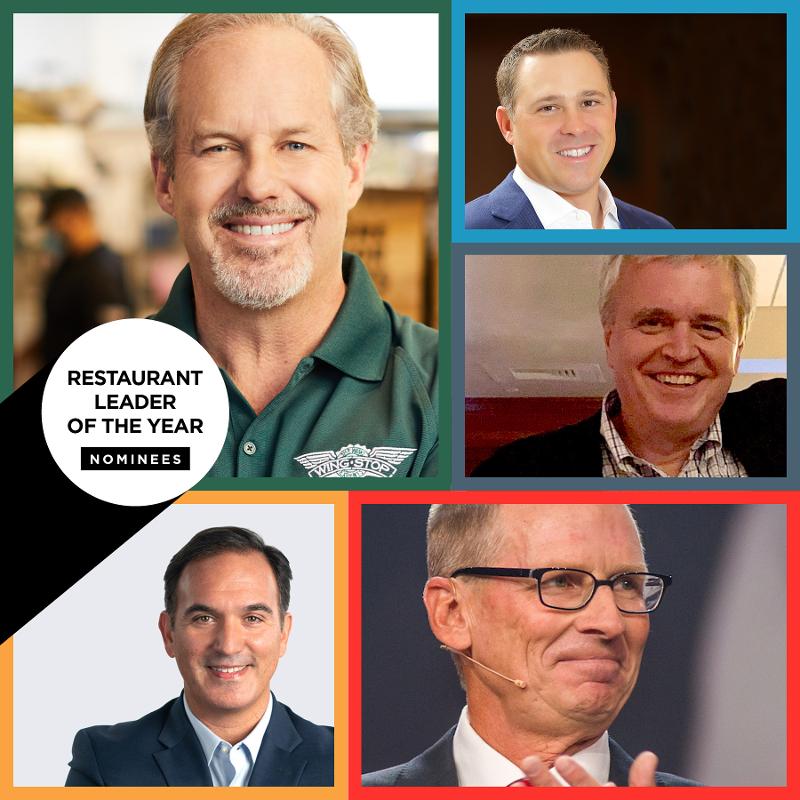 Extraordinary leadership during a historic economic and social crisis has earned five restaurant CEOs a nomination for the industry’s top honor, Restaurant Business’ Restaurant Leader of the Year.

One of the five will be selected by the editors of Restaurant Business as the 2021 Restaurant Leader of the Year. That individual will be announced in June.

The five nominees will participate in an online panel discussion on May 25 in collaboration with the National Restaurant Association Show. The Show To Go provides more details on this event and other upcoming and on-demand content.

In addition, the winner will be celebrated during Restaurant Business’ Restaurant Leadership Conference in Scottsdale, Ariz., Dec. 6-9.

The nominees for this year’s award were chosen on the basis of their respective charge’s financial performance and culture, as well as for their character and the example they set in leading their organizations through a nightmarish time with no precedent.

“There wasn’t any manual they could off a shelf to guide their brands through the pandemic,” said Jonathan Maze, editor in chief of Restaurant Business. “Each of our nominees had to come up with a strategy on the fly to cope with a business situation no one could have imagined 15 months ago. It was the ultimate test of their guts, brains and leadership skills.”

Because limited-service operations had an advantage over their full-service counterparts when the industry was forced to rely solely on takeout and delivery, comparisons proved difficult. The staff decided to narrow the field to five finalists, chosen from across all industry segments, and to invite readers and a select panel of industry VIPs to weigh in with their choices.

That process will begin next week, after profiles of all five are posted sequentially on RestaurantBusinessOnline.com.

“We’ve improved the process to ensure we’re picking the best of the best—no easy task when you’re dealing with nominees of this caliber and judging their performance during an unprecedented challenge that’s not fully over,” Maze said.

Look for detailed information and cast your vote via email next week.