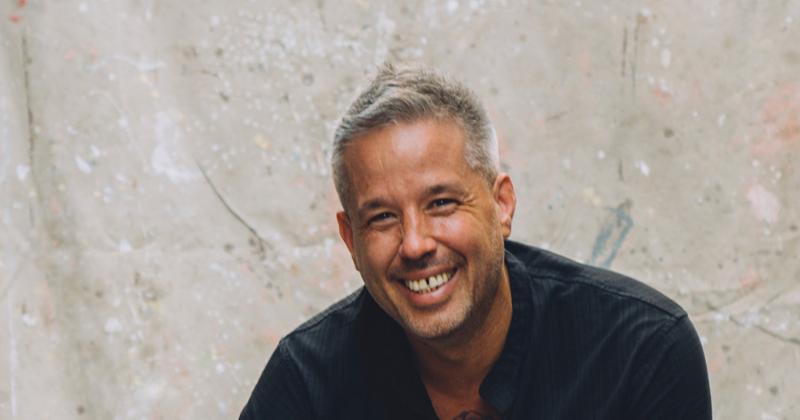 Philip Speer came of age as a chef in the late 90s, at a time when what he called “Bourdain culture” loomed large in many kitchens.

Over more than a decade at restaurants in Austin and Houston, as he racked up accolades and multiple James Beard Award nominations, Speer and his co-workers were swept up in the work hard, play hard ethos popularized by the late celebrity chef.

“Everyone’s a pirate,” Speer recalled. “This is how we do it. We band together, we work our asses off, and then we party our butts off. … That was the norm, that was the culture.”

It was a dangerous routine for anyone to fall into, but particularly for an addict like Speer. The lifestyle had a way of both fueling one’s addiction and camouflaging it.

“The ways that we worked allowed it and encouraged it and perpetuated it,” he said. At the same time, it covered up the fact that he had a drinking problem. “I believed that it was just part of the culture that I was embedded in.”

In some ways, it was: Alcohol abuse has been common in restaurants for decades. In a federal study published in 2012, 11.8% of foodservice workers surveyed said they had drank heavily in the past month—the most of any industry besides mining (17.5%) and construction (16.5%).

“We band together, we work our asses off, and then we party our butts off. … That was the norm, that was the culture.”

Speer described it as a “hazy cycle” of working and partying that was encouraged by restaurant managers and owners because of how it kept staff tight-knit and locked in. A hard day’s work was often rewarded with free alcohol. Then, Speer and his colleagues would head to nearby industry bars to carouse with other restaurant folks. The merry-go-round would come to a halt only when someone got hurt or arrested, Speer said, but it never stopped for long.

Over the years, Speer got a number of wake-up calls that his behavior was tied to something deeper than his profession. He racked up multiple DWIs. His marriage failed, along with other relationships. He didn’t always do his best at work.

He ignored the red flags until he couldn’t any longer. One night in October 2014, just days after the opening of his new Austin restaurant, St. Philip, Speer rolled over his car while intoxicated and crashed into a live gas main. He was found unconscious in the grass, still wearing his chef uniform, according to news reports.

He went to jail and then to rehab. “In some ways my hand was forced,” he said.

Speer completed the traditional 12-step program, which he said worked for him, though it might not work for everybody. But he was hesitant to return to restaurants after getting sober. “I didn’t know if I could,” he said.

He did consulting for a while. Eventually, he came around to the idea of opening a restaurant again, one that would have a decidedly different culture than others he’d worked at.

“I thought other people could work here that want to stay sober,” he said.

“It’s just changing the culture, and there’s so many ways you can change the culture.”

He went about creating a workplace environment that de-emphasized alcohol. At Comedor, there’s no such thing as shift drinks. Money that would have normally been spent on free booze for staff was used to buy season tickets to Austin FC soccer games. There’s a running club and free weekly yoga classes for hospitality workers. Guests pay a 2% surcharge that helps pay for employees’ health benefits.

The restaurant doesn’t necessarily seek out employees who are in recovery. But, “If you’re known to have a culture that is a little bit different, the right people will come,” he said.

Comedor is also home to weekly meetings of Ben’s Friends—a nationwide support group for hospitality workers who want to reach or maintain sobriety. Speer became president of the Austin chapter just before the pandemic, and has watched the group grow in the years since. He credited the community for helping him to remain sober.

“I think so much is just being connected to people,” he said. With Ben’s Friends, “you know you always have someone to look upon, someone to call. … Maybe I talk to some of those people and kind of talk to myself off a ledge today.”

That kind of openness and vulnerability among restaurant staff will go a long way toward easing the industry’s substance abuse problem, he said.

And though restaurants have come a long way from the days of “Bourdain culture,” he said, alcohol is still part of their DNA. Speer gave the example of menus that encourage guests to buy the kitchen staff a beer.

“Why is that your reward system?” he said. “Why not buy the kitchen staff a tattoo?”

Small cultural shifts like the ones Speer has implemented at Comedor are another solution.

“It’s just changing the culture,” he said, “and there’s so many ways you can change the culture.”