Red Robin Gourmet Burgers and Brews has filled a key vacancy in its executive ranks with the appointment of Lynn Schweinfurth as CFO and EVP.

Her recruitment clears the way for former Red Robin CFO Guy Constant to assume the post of COO, a job left vacant in September by the forced departure of Carin Stutz. The casual chain said at the time that Constant would shift to operations once his successor as CFO was hired. Schweinfurth officially joins the casual-dining company on Jan. 28.

Schweinfurth was recruited from Fiesta Restaurant Group, the parent of Taco Cabana and Pollo Tropical, where she had served as CFO, treasurer and VP. Before joining that operation in 2012, the longtime industry veteran held financial posts at Chili’s parent Brinker International and Taco Bell franchisor Yum Brands. 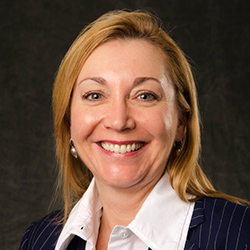 Red Robin said Schweinfurth will oversee all of the chain’s financial functions, including strategic planning, as well as its supply chain.

“Lynn’s extensive strategic, finance and capital markets experience with recognized restaurant brands rounds out Red Robin’s leadership ranks,” said CEO Denny Post. “We are excited to have Lynn on the Red Robin team and look forward to her contributions in achieving our long-term vision.”

The brand is striving to right its operations after several labor-saving changes backfired during the second quarter of 2018. Table-cleaning functions were shifted from dedicated bussers to servers and the front-of-house team, but the switch resulted in tables being turned more slowly, particularly on Friday and Saturday nights. Some patrons left rather than wait for a table to be cleaned and set.

Post said in the wake of Q2 that Red Robin would focus on training and a clearer explanation of how a team approach to service should work. “We simply didn’t execute as well as we should have,” Post said at the time.

The chain is also tweaking its marketing to spotlight higher-priced premium burgers and lead customers away from a menu of bargain-priced options.