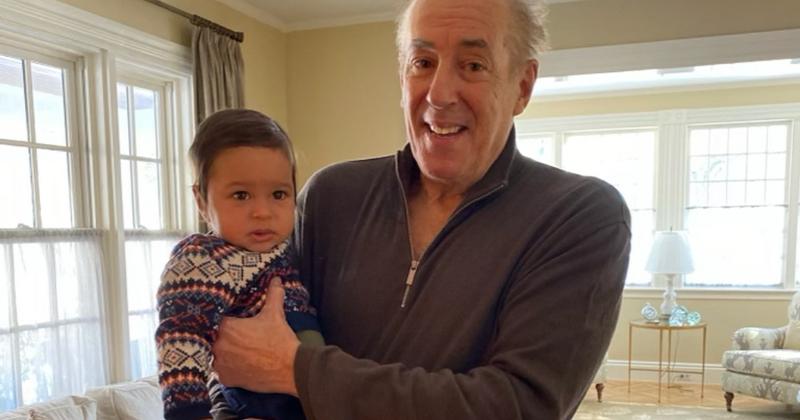 Photo of Phil Viscidi and his grandson, Wesley, courtesy of Marcus Viscidi.

If standout media careers were commemorated with Hall of Fame-style memorials, Restaurant Business would be clearing considerable wall space right now for a tribute to Phil Viscidi, who died Sept. 24 at age 74.

Viscidi served as RB’s advertising sales representative in the Northeast for more than 30 years, helping to fuel the title’s transformation as the restaurant and media industries fundamentally changed. His success ensured that RB and its sister title, FoodService Director, could adjust to the times and remain an innovator in business-to-business publishing.

He redirected his attention to other media titles several years ago but maintained an informal connection to RB and the foodservice industry through the career of his elder son and protege, Marcus. The younger Viscidi says he drew heavily on his father’s experience while working his way up to VP of sales for the events operation of Winsight, RB’s parent company.

The elder Viscidi died suddenly of complications from a brain hemorrhage, an affliction he’d also suffered seven years earlier. He left behind a growing family and memories of Viscidi’s distinctive sales style.

“There was never anything cookie-cutter with Phil,” said Paul Bienkowski, Viscidi’s business partner for several decades before joining HD magazine as publisher. “He took in what the situation was, what the objective was, and really came up with ideas. He was one of the more creative thinkers, always going above and beyond.”

“He could develop creative solutions to challenges that people had,” recalled Tim Vaughan, who worked with Viscidi and Bienkowski at RB. “Often they were kind of crazy, but if you scaled them back, they were very applicable.”

Once the idea had been hammered into a viable proposal, watch out.

“Once he got an idea and really felt something would connect a marketer with our audience, he would not let it go,” said Bienkowski. He pursued it with determination and passion.

“Phil was very smart, and I really respected him,” said Vaughn. “But he would also drive me crazy because he was relentless.”

Clients loved him, recalled Berlind. “He was a really likable guy.” At least one of the agency owners whom Viscidi pitched would later become a partner in a few side ventures.

But Viscidi could also be tough. “He was opinionated, and he stuck with his opinions,” explained Berlin. “He never offended people in doing that, but he didn’t roll over.”

“He was very passionate, not only about the business, but the people that he worked with and the whole sales process,” said Vaughan. “Phil took it very, very seriously.”

But not so seriously that he and Bienkowski ever had a screamer of a disagreement. “We might have had an argument, but it was never where I said, ‘I’m out of here,’” Bienkowski said. “He was more of the voice of reason. Nine out of 10 times, believe it or not, Phil was the calming factor.

“I learned so much from him,” Bienkowski continues. “We were friends as much as business associates. I would not have had the career I did if it wasn’t for Phil.”

In addition to his son Marcus, and grandson, Wesley, Viscidi is survived by his wife, Phyllis; a second son, Zach, a school teacher and entrepreneur in Charleston, S.C.; a sister; and two brothers.