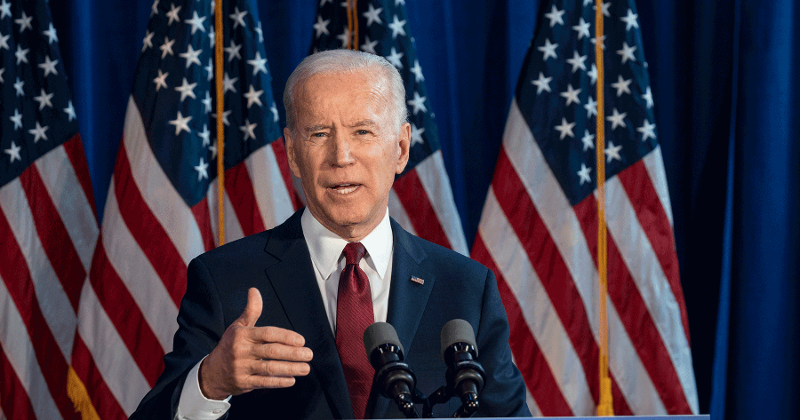 Restaurant-industry groups offered congratulations over the weekend to Joe Biden and Kamala Harris upon their all-but-certain election as the next president and vice president, respectively, of the United States, but implored Congress not to wait until the inauguration to rescue the foodservice business through direct aid.

“In the coming days and weeks, there will be many discussions about long-term goals and priorities; however, the short-term needs of the restaurant and foodservice industry—the nation’s second-largest, private-sector employer—cannot be overlooked,” Tom Bene, CEO of the National Restaurant Association, said in a statement. “We ask Congress to support proposals that include immediate relief for restaurants and small businesses across the country. Without this assistance, thousands of restaurants will close before a long-term solution can even be considered.”

Virtually all the statements pledged an eagerness to work with the new administration on off-setting the business and social impacts of the pandemic. “Now is the time to come together and unite around the substantial challenges we face and for the betterment of our country,” said Matt Shay, CEO of the National Retail Federation, whose National Council of Chain Restaurants lobbies on behalf of the industry’s major chains.

The Fight for $15 and a Union, a labor advocacy group, hailed the election as a turning point for the restaurant industry’s workers and the unions that wish to represent them.  Biden had made a $15 federal wage a part of the Democratic Party’s election platform.

“With President-elect Biden and Vice President-elect Harris, we have leaders who have committed to prioritizing a $15 federal minimum wage and who support workers’ demand for union rights,” said Adriana Alvarez, a McDonald’s worker who represents the union-backed group. “Now that the election is behind us, we’ll be in the streets, fighting to make sure Biden and Harris deliver on their promises to working people.”

Fight for $15 noted in its statement that Harris worked in a McDonald’s before pursuing her legal career. She “knows what it’s like to be in our shoes,”  said Alvarez.

Before his apparent defeat, President Donald Trump had stated that he would quickly push a measure through Congress to restart the Paycheck Protection Program, an aid initiative that proved a lifeline for many restaurants during the earlier months of the pandemic. Trump said he would act as soon as the election was over.

Not all post-election comments from industry figures were warmly received. Celebrated fine-dining operator Danny Meyer drew fire on Twitter with his call for adversaries in the election to embrace one another for the common good.

“To friends who feel deflated tonight: a big virtual hug,” the New York City operator tweeted as @dhmeyer. “To those who feel elated: enjoy this uplifting moment. Time for us all to show the virtue of leading with hospitality. Much hard work to do, many big problems to solve.”

Although preliminary counts indicate that Biden will handily win the 270 Electoral College votes needed to clinch the election, some ballots are still being tallied, and Trump has vowed to challenge the legitimacy of Biden's victory in several so-called battleground states.