Ever feel that running a restaurant is like climbing Mount Everest? Alison Levine says it is, and she would know. She’s an accomplished businesswoman as well as one of the few people who’s climbed the highest peaks on all seven continents. Then there are her treks across the North and South Poles. 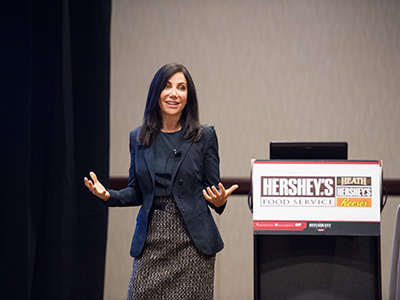 So what are the similarities between mountain climbing and running a business? Levine counted the ways during a breakout session titled “Leadership Lessons from the Ledge.”