Franchisees are known to worry when their franchisor has multiple and potentially competitive brands in its fold. How do they know the secrets and strengths of their chain won’t be shared with a sister operation, undercutting the distinction of where they’ve plunked considerable money? 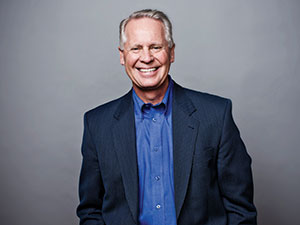 Focus Brands is sensitive to that concern, says Steve DeSutter, who assumed leadership of the six-concept franchisor in March after running the Stripes convenience-store chain. But his first eight months as CEO have convinced the one-time Burger King executive that his prime mission is harnessing the power of a multibrand portfolio.

Sustaining the firewalls between Focus’ six chains is a given, he explains. His goal is to make Focus Brands as a whole worth more than the sum of its parts. “I used a lot of the first six months as a period of discovery,” he says. That included familiarizing himself with Moe’s Southwest Grill, McAlister’s Deli, the Schlotzky’s sandwich chain, Cinnabon, Carvel and Auntie Anne’s Pretzels. “Now I’m working on strategies to unleash the power.” For instance, “consumer insights are very expensive to get,” he says. “If you’re big enough, you can go get them.”

Similarly, he’s convinced that Focus’ scale will be an advantage in the development and deployment of new technologies for any or all of the franchisor’s brands. Ditto for the recruitment of top-notch talent in support operations.

DeSutter’s already hired a new talent czar, Chief Human Relations Officer Bob Swan, with whom he’d worked at Stripes’ parent company Susser Holdings, and a new chief information officer, Michael Verdesca, formerly of Jack in the Box and Qdoba. “That’s a real muscling up for us as we learn to use our systems and our technology to our advantage,” DeSutter says.

“Building teams and winning strategies, I’d say those are my strengths,” he says—with noticeable reluctance, and only after being pressed to cite something, anything, that explains why he’s leading one of the industry’s largest franchise organizations. Self-description, in general, seems uncomfortable for the 59-year-old. “I hope I’m successful,” he says. “I may be CEO, but that just means I have a different job. It doesn’t mean I’m important. A Cinnabon crew member’s responsibility might be baking rolls. A CEO’s is “keeping our goals aligned, and leading people to achieve. I aspire to be good at it, and it’s what I get excited about.”

The broader the job, he says, the more an executive has to understand that management breaks down into three dynamics: control, empowerment and influence. DeSutter says his leadership style is 10 percent control, 30 percent empowerment of subordinates and 60 percent influence of the organization. “I like to bring energy” to any situation, he continues. “Work by its nature requires energy, and I like to bring that to the effort.”

DeSutter tries to exercise the empowerment and influence components of his leadership through a form of communication he calls “a contact sport.”

“It’s not an email, it’s not a speech, it’s something you have to do face to face,” he says. “If you’re going to do what I do every day, you have to understand the constancy, the frequency, the sheer importance of communication. The longer you let people linger in uncertainty, the harder it is for them to change or do something.”

Still, that takes time, and DeSutter confesses that patience isn’t a signature of his. “I like to go fast,” he says. “I’m pretty good at listening. I’m pretty good at making decisions. Make 100 decisions today; tomorrow, fix the one, or however many, that didn’t work.”

Speed in leadership is particularly important today, says DeSutter, because the pace of consumer-oriented businesses is accelerating. “The industry is changing,” he says. “One of the challenges I’ve put in front of my team is, if we are not innovating and remaining relevant to our loyal customer, we’re losing.”

And where will that innovation arise in a six-concept franchise business? “There’ve been a lot of synergies,” says DeSutter.

3 things to know about Desutter

1. He brings a retail eye to restaurants

Joining Focus Brands from the retail industry adds insight into both the restaurant field and Focus’ burgeoning retail-licensing business. Restaurants are known to be tough to run, but convenience stores are truly “complicated, extremely detailed experiences for a businessperson,” with their own set of management demands, says the former CEO of the Stripes c-store chain. Still, he says, he never really left restaurants. Stripes sports a restaurant station in about 400 units called Laredo Taco Company.

2. He has a keen worldview

Much of DeSutter’s time at Burger King was spent in overseas expansion and operations. International development is widely seen as a huge opportunity for Focus.

A typical business day runs from 7 a.m. to 7 p.m., at which point he’ll spend time with his wife of 40 years. The night ends with some time at his home computer for “wrapup or cleanup or free thinking.” On weekends, “I’m okay with some downtime.”