He takes over for Robert Walter, who is stepping down as chairman but will remain on the company’s board of directors. 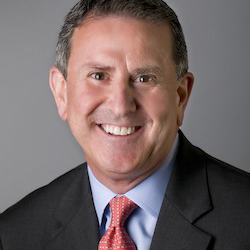 The 59-year-old Cornell has been on Yum’s board since 2015. Walter, founder and retired chairman of Cardinal Health, joined Yum’s board in 2006 and was named chairman in 2016. He will remain a company director.

Greg Creed, Yum’s CEO, cited Walter for guiding the company through a complex spinoff of its company-run China operations into a more fully focused franchisor. He thanked Walter “for his strong leadership, invaluable insights and many significant contributions to Yum Brands.”

Creed said that Cornell’s “tremendous leadership of one of the world’s largest and most innovative retailers has brought a unique perspective and wealth of knowledge, consumer insights and best practices to Yum Brands.”

Cornell joined Target in 2014 and before that was the CEO of PepsiCo Americas Foods, where he oversaw the company’s global food business, including Frito-Lay North America, Quaker Foods and the company’s Latin American food and snack businesses.

He previously worked at Sam’s Club, Michaels and Safeway.

He takes over chairmanship of one of the largest restaurant companies in the world. Yum, based in Louisville, Ky., operates KFC, Taco Bell and Pizza Hut. The combined brands have more than 45,000 locations worldwide.

“As customer preferences and purchase behaviors evolve, Target and Yum Brands are already elevating and transforming our respective customer experiences with digital, retail and global consumer insights,” Cornell said in a statement.