In Casey, Rego gets an executive with an extensive track record. He had previously overseen the Inspire Brands concept Rusty Taco and has been CEO of PepperJax Grill and president of Qdoba Mexican Eats. He is also a former vice president of Starbucks. 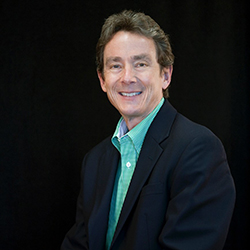 Anand Gowda, executive chairman of Rego and managing partner for San Diego-based High Bluff, said that Casey would “accelerate the reinvigoration of these great brands.”

He also said that there is “considerable potential to further expand our platform through the acquisition of additional brands that will benefit from our targeted investment approach and integration strategy.”

Casey will be tasked with turning around a pair of chains that have been in decline for years. High Bluff bought Quiznos in June and then quickly bought Taco Del Mar. Quiznos shrunk from nearly 5,000 locations in 2007 to less than 400 now. Taco Del Mar operates 87 locations in the U.S. and 41 internationally, having shrunk 11% in 2017, according to Technomic data.