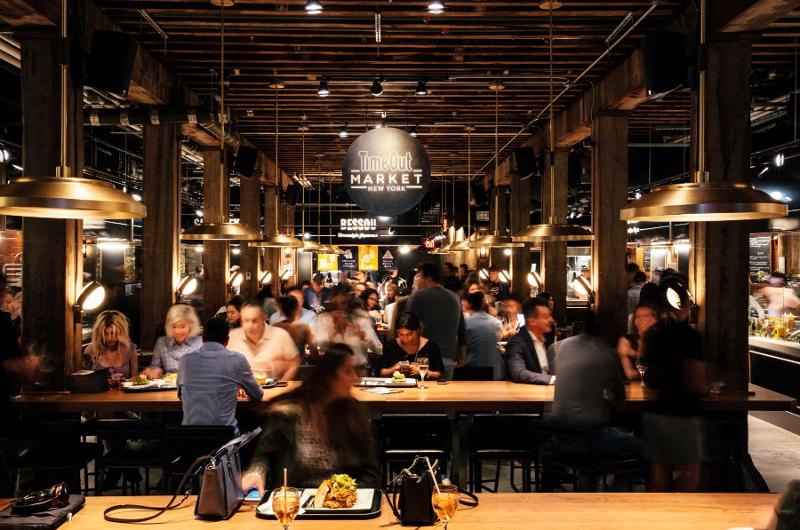 Photo courtesy of Time Out Market by Nicole Fara Silver

Time Out Market, which operates four food halls in the U.S., has hired a chief operating officer, the company announced this week.

Jay Coldren, who has 30 years of hospitality experience, is Time Out’s new COO of the Americas, the operator said.

Most recently, Coldren served as executive director of hospitality for Streetsense, a creative consultancy in Washington, D.C. He has also worked as global brand leader for Edition Hotels and managing director for North American operations at gourmet retailer Dean & Deluca, among other positions.

In his new role, he will be tasked with “expanding the footprint, driving efficiency and increasing profitability” of Time Out Market’s food halls. COO is a new role for the company.

“Jay has a great understanding of the hospitality space and a proven track record of maximizing growth potential,” Time Out Market CEO Didier Souillat said in a statement. “He is joining an already successful, energetic team at the perfect time to spearhead profitable growth and operational expansion. I am confident that Jay will provide the leadership and rigor to enable us to deliver against our important strategic priorities.”

The first Time Out Market debuted in 2014 in Lisbon and expanded to the U.S. five years later, with massive food halls opening in Miami, New York Boston and Chicago. There are international locations in Montreal and Dubai.

“I’m delighted to be joining Time Out Market at such an important point,” Coldren said in a statement. “All the Market locations in North America have reopened and are seeing great momentum with guests excited to return and experience the best food, drink and culture in the city. We are entering a new phase and I look forward to building on the already great work done by the team.”

The markets are an outgrowth of Time Out magazine, an arts-and-culture publication that started in London in 1968 and has since expanded to 328 cities in 58 countries.